·
*“According to the land registry office in Orangeville, six homes in Dufferin County [Ontario, Canada] have been purchased by wind developers after serious [health] complaints.  Most recently June 26th, 2009, the Barbara Ashbee home.

“Before these families could escape the nightmare of their unliveable homes, they had to agree to sign strict nondisclosure contracts—in other words, gag-orders to protect the wind companies.  The wind company has spent over $1.75 million dollars clandestinely buying out these people, yet it claims there were no [health] complaints. 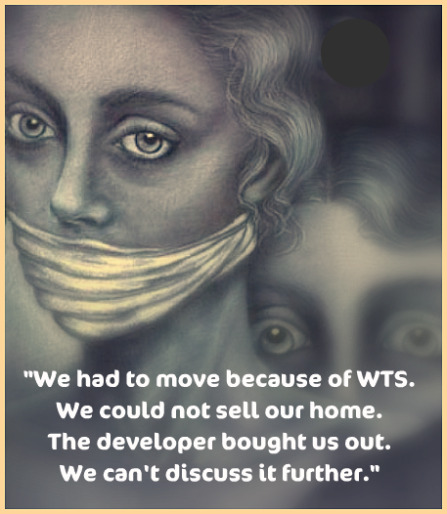 “Why is this happening?

“Their homes became unfit for human habitation. The purchases by the wind developer are an admission that wind turbines have created health issues that impact residents.

Article 12 of the UN Universal Declaration of Human Rights:

No one shall be subjected to arbitrary interference with his privacy, family, home or correspondence. . . . Everyone has the right to the protection of the law against such interference.