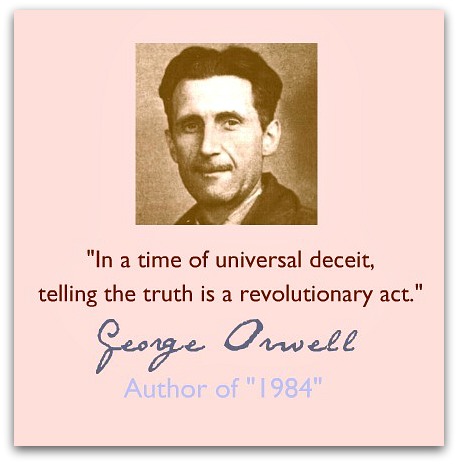 .
Questioning of the Department of Health and Aging during Senate Estimates last week cast great doubt over the legitimacy of positioning wind farms in rural areas and the wind energy conglomerates which recommended them.

The National Health and Medical Research Council (NHMRC) was questioned about its decision to wait to correct its statement “There is currently no published scientific evidence to positively link wind turbines with adverse health effects,” to the public until May 2012.

Senator Madigan said the council’s lack of urgency on matters of public health was nothing short of abuse. “The Government is knowingly doing harm to its citizens by ignoring recent findings. This is against public policy.”

“There is plenty of published scientific evidence and recent health reports that link industrial wind turbines and the serious health effects of living too close to them. This evidence is being ignored as it does not sit with the current political agenda.”

“I personally know it has terrible health effects. I have people coming to my electoral office who are suffering the effects of wind farms being too close to their homes. They are in tears, distraught and feel that their health is simply being ignored.”

“Residents have had wind farms built too close to their homes and as a result have had to leave their properties to protect their health.”

“These wind farms are destroying the lives and the health of so many Australians—lives the government has a duty to protect.”

“It should not be up to members of the public who have been driven out of house and home to prove to the Government that wind farms are making them ill. The onus should be on the multimillion dollar companies to prove that there are no adverse health effects.”

“Serious health concerns were raised by health professionals in submissions to the Senate Inquiry into the Social and Economic Impact of Rural wind Farms.”

“It appears the overwhelming majority of submissions to the inquiry were simply ignored. The inquiry received more than 1000 submissions and made only seven recommendations—none of which have seen the light of day.”

“The next time the Senate sits I will be demanding for either that inquiry to be re-opened, or another inquiry opened to look at the health and safety impacts of these wind farms.” 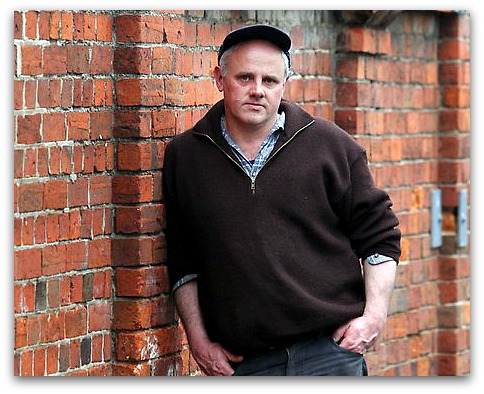 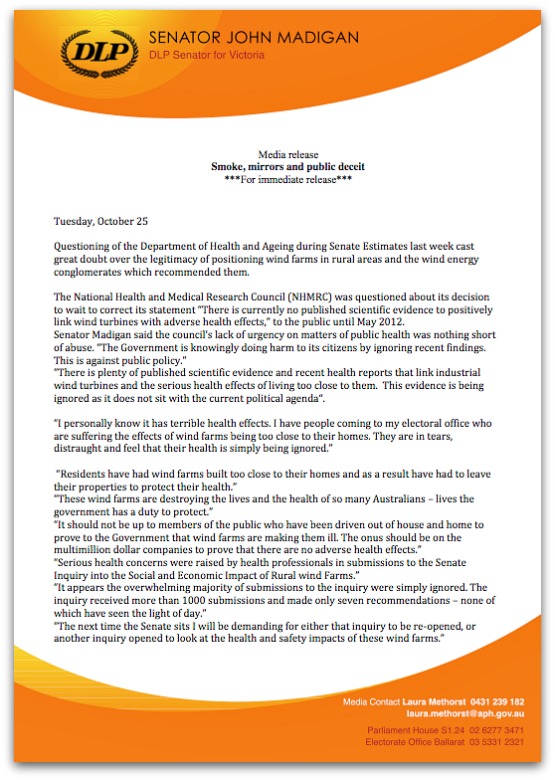