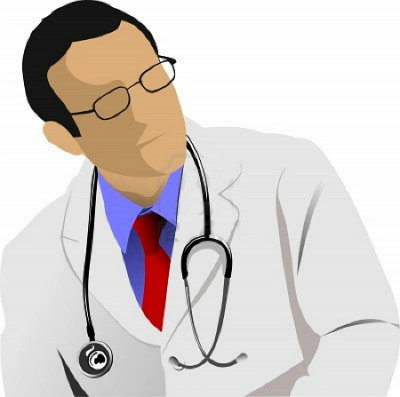 This study was commissioned through a private philanthropic grant created to determine why there were so many strong complaints about the loss of well-being and hardships experienced by people living near large industrial wind turbines operating in Falmouth, Massachusetts.

The purpose of this study was to investigate and confirm or deny the presence of infrasonic and low frequency noise emissions (ILFN) from the “WIND 1”, a municipally-owned Vestas V82 industrial wind turbine.

In March of 2011, after many months of vigorous neighborhood complaints and strong appeals to the town, selectmen voluntarily decided to curtail WIND 1 operations when hub height wind speed exceeded 10 m/s. This required that this study focus on noise emissions from the nearby “NOTUS” wind turbine, an identical make and model..

This study was conducted at a representative neighbor’s home in Falmouth and confirmed that there are dynamically modulated low frequency acoustic amplitudes and tones produced by the nearby wind turbine.

Dynamic amplitude modulations occurred at 1.4 second intervals that were consistent with the blades rotating past the wind turbine tower (the blade pass rate).

Dynamic amplitude modulations below 10 Hz were stronger indoors than outdoors. Modulations measured indoors were 0.2 Pascal peak to peak, consisting mostly of energy below 20 Hz. Two tones were detected from both the NOTUS and the WIND 1 turbines, at 22.9 Hz and 129 Hz, and are considered signatures of the wind turbines’ acoustic profile.

Outdoors, the A-weighted sound level decreased at a predictable rate of 6 dB per doubling of distance from the nearest turbine.

The linear unweighted sound level decreased according to cylindrical spreading at 3 dB per doubling of distance and was controlled by acoustic energy below 20 Hertz. A-weighting does not reveal this low-frequency information. Sound-level averaging with Leq for any time length hides the low-frequency dynamic amplitude modulations.

The investigators were surprised to experience the same adverse health symptoms described by neighbors living at this house and near other large industrial wind turbine sites.

The dBG weighted level appeared to be controlled by in-flow turbulence and exceeded physiological thresholds for response to low-frequency and infrasonic acoustic energy as theorized by Salt.

The wind turbine tone at 22.9 Hz was not audible, yet the modulated amplitudes regularly exceeded vestibular detection thresholds. The 22.9 Hz tone lies in the brain’s “high Beta” wave range (associated with alert state, anxiety, and “fight or flight” stress reactions). The brain’s frequency following response (FFR) could be involved in maintaining an alert state during sleeping hours, which could lead to health effects.

Sleep was disturbed during the study when the wind turbine operated with hub height wind speeds above 10 m/s.

It took about a week to recover from the adverse health effects experienced during the study, with lingering recurring nausea and vertigo for almost seven weeks for one of the investigators..

The research is more than just suggestive. Our experiencing of the adverse health effects reported by others confirms that industrial wind turbines can produce real discomfort and adverse health impacts. Further research could confirm that these ill effects are caused by pressure pulsations exceeding vestibular thresholds, unrelated to the audible frequency spectrum but are instead related to the response of the vestibular system to the low frequency noise emissions. The vestibular system appears to be stimulated by responding to these pressure pulsations rather than by motion or disease, especially at low ambient sound levels.

Dysfunctions in the vestibular system can cause disequilibrium, nausea, vertigo, anxiety, and panic attacks, which have been reported near a number of industrial wind turbine facilities. The study emphasizes the need for epidemiological and laboratory research conducted by medical health professionals and acousticians working together who are concerned with public health and well-being.

This study underscores the need for more effective and precautionary setback distances for industrial wind turbines.

It is especially important to include a margin of safety sufficient to prevent inaudible low-frequency wind turbine noise from being detected by the human vestibular system..

This study was initiated by the concerns of a private citizen, Bruce McPherson, who enjoyed the many quality of life benefits of living on Cape Cod. He was disappointed that there were no efforts being made by developers or government agencies to determine the real cause for the many complaints from Falmouth residents living near three new industrial wind turbines. He knew that neighbors were constantly complaining to town officials about receiving excessive noise, adverse health effects and the loss of well-being. Thanks are given by so many for the generosity of Mr. McPherson, who initiated and funded this independent investigation.

To the residents of Falmouth who welcomed us into their homes and lives, extended us their hospitality, told us their stories, and gave us their time and assistance, our deepest appreciation.