Editor’s note:  Sue & Ed Hobart have given up pursuing justice and truth and common sense in their efforts to shut down the privately-owned wind turbine next door to their (now, former) home in Falmouth, Massachusetts.  (The Hobarts moved away.)  The  Town of Falmouth recently  decreed that the turbine, which has been making the Hobarts and their neighbors  ill for years, has in fact not been making them ill; that is to say, the town decided that the Hobarts and their neighbors have been fabricating their illness.

Sue Hobart has responded to this cruel decision by writing a letter to the editor of the local newspaper. 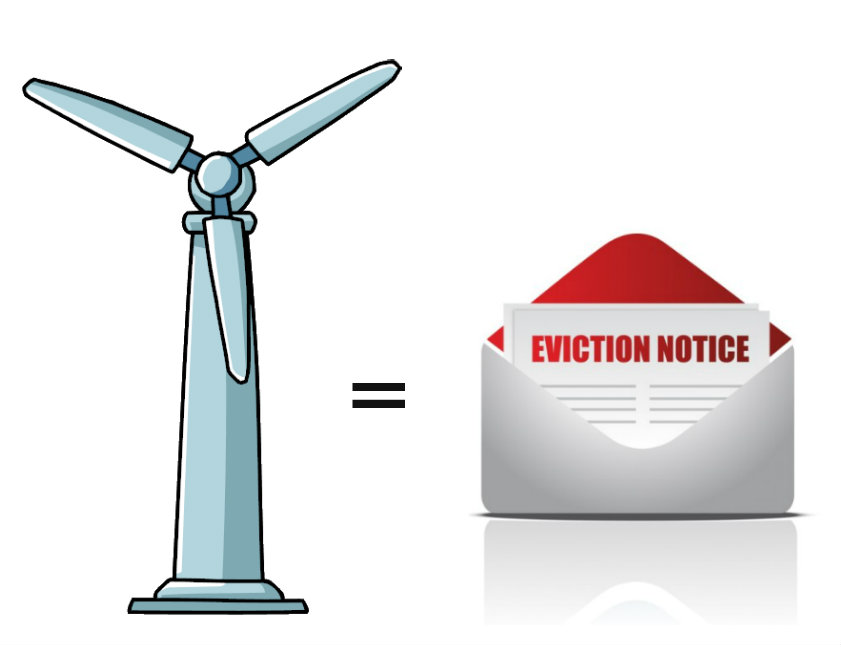 We are giving up fighting the so-called Webb NOTUS wind turbine battle.  It drove us from our home, harmed our health, caused me to move my business and ruined our financial future and the value of our home.  Worse yet, the trust we used to have in human nature and basic compassion is gone.

But KNOW that we are not giving up because we are wrong, lying, crazy or trying to somehow extort money, as some around town would like you to believe.

We just realize the lengths these wind developers will go to destroy us.  Never have we been in the line of fire of such evil as we have with these legal maneuverings of these last months.  It is now clear that they will say and do absolutely anything to keep their big GREEN ($$$$) machine turning, torturing and bringing in the bucks.

So, they can have their blood money and gloat in their shallow victory.  But they will NEVER be the innocent ones, here.

Life is finite but valuable.  Both Ed & I are more than half over in that area.  We give them no more space in our life.  We live the truths, which are absolute and clear in the eyes of God and those who care enough to understand that this world is not as it should be and that lies will never become truth through repetition or warped statistical analysis.

This turbine thing has been a real life changer. Man’s ego, greed and arrogance are terrifying.  And we have no answers that can override compassion, humility and the perfection of nature left to its own healing.  But we will exercise our option to heal and keep telling the truth.

Maybe, with a little time and space in between, we can smile and feel a little peace before our time here is through.