Noise that creates havoc with your body and mind (NY Times) 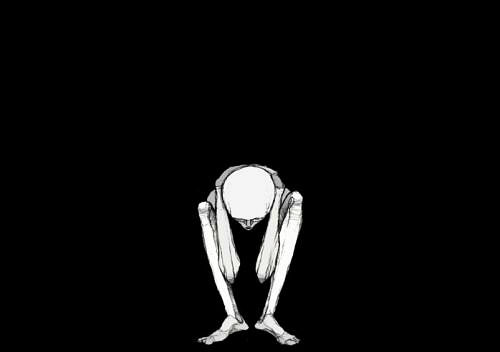 .
SLAMMING doors, banging walls, bellowing strangers and whistling neighbors were the bane of the philosopher Arthur Schopenhauer’s existence. But it was only in later middle age, after he had moved with his beloved poodle to the commercial hub of Frankfurt, that his sense of being tortured by loud, often superfluous blasts of sound ripened into a philosophical diatribe. Then, around 1850, Schopenhauer pronounced noise to be the supreme archenemy of any serious thinker.

His argument against noise was simple: A great mind can have great thoughts only if all its powers of concentration are brought to bear on one subject, in the same way that a concave mirror focuses light on one point. Just as a mighty army becomes useless if its soldiers are scattered helter-skelter, a great mind becomes ordinary the moment its energies are dispersed.

And nothing disrupts thought the way noise does, Schopenhauer declared, adding that even people who are not philosophers lose whatever ideas their brains can carry in consequence of brutish jolts of sound.

From the vantage point of our own auditory world, with its jets, jackhammers, HVAC systems, truck traffic, cellphones, horns, decibel-bloated restaurants and gyms on acoustical steroids, Schopenhauer’s mid-19th century complaints sound almost quaint. His biggest gripe of all was the “infernal cracking” of coachmen’s whips. (If you think a snapping line of rawhide’s a problem, buddy, try the Rumbler Siren.) But if noise did shatter thought in the past, has more noise in more places further diffused our cognitive activity?

Schopenhauer made a kind of plea for mono-tasking. Environmental noise calls attention to itself — splits our own attention, regardless of willpower. We jerk to the tug of noise like sonic marionettes. There’s good reason for this. Among mammals, hearing developed as an early warning system; the human ear derived from the listening apparatus of very small creatures. Their predators were very big, and there were many of them.

Mammalian hearing developed primarily as an animal-detector system — and it was crucial to hear every rustle from afar. The evolved ear is an extraordinary amplifier. By the time the brain registers a sound, our auditory mechanism has jacked the volume several hundredfold from the level at which the sound wave first started washing around the loopy whirls of our ears. This is why, in a reasonably quiet room, we actually can hear a pin drop. Think what a tiny quantity of sound energy is released by a needle striking a floor! Our ancestors needed such hypersensitivity, because every standout noise signified a potential threat.

There has been a transformation in our relationship to the environment over the millions of years since the prototype for human hearing evolved, but part of our brain hasn’t registered the makeover.

Every time a siren shrieks on the street, our conscious minds might ignore it, but other brain regions behave as if that siren were a predator barreling straight for us. Given how many sirens city dwellers are subject to over the course of an average day, and the attention-fracturing tension induced by loud sounds of every sort, it’s easy to see how sensitivity to noise, once an early warning system for approaching threats, has become a threat in itself.

Indeed, our capacity to tune out noises — a relatively recent adaptation — may itself pose a danger, since it allows us to neglect the physical damage that noise invariably wreaks. A Hyena (Hypertension and Exposure to Noise Near Airports) study published in 2009 examined the effects of aircraft noise on sleeping subjects. The idea was to see what effect noise had, not only on those awakened by virtual fingernails raking the blackboard of the night sky, but on the hardy souls who actually slept through the thunder of overhead jets.

The findings were clear: even when people stayed asleep, the noise of planes taking off and landing caused blood pressure spikes, increased pulse rates and set off vasoconstriction and the release of stress hormones. Worse, these harmful cardiovascular responses continued to affect individuals for many hours after they had awakened and gone on with their days.

As Dr. Wolfgang Babisch, a lead researcher in the field, observed, there is no physiological habituation to noise. The stress of audible assault affects us psychologically even when we don’t consciously register noise.

In American culture, we tend to regard sensitivity to noise as a sign of weakness or killjoy prudery. To those who complain about sound levels on the streets, inside their homes and across a swath of public spaces like stadiums, beaches and parks, we say: “Suck it up. Relax and have a good time.” But the scientific evidence shows that loud sound is physically debilitating. A recent World Health Organization report on the burden of disease from environmental noise conservatively estimates that Western Europeans lose more than one million healthy life years annually as a consequence of noise-related disability and disease. Among environmental hazards, only air pollution causes more damage.

A while back, I was interviewed on a call-in radio station serving remote parts of Newfoundland. One caller lived in a village with just a few houses and almost no vehicular traffic. Her family had been sitting in the living room one evening when the power suddenly cut off. They simultaneously exhaled a sigh of relief. All at once, the many electronic devices around them (including the refrigerator, computers, generator, lamps and home entertainment systems and the unnatural ambient hum they generated and to which the family had become oblivious) went silent. The family members didn’t realize until the sound went off how loud it had become. Without knowing it, each family member’s mental energy was constantly diverted by and responsive to the threat posed by that sound.

Where does this leave those of us facing less restrained barrages? Could a critical mass of sound one day be reached that would make sustained thinking impossible?

Is quiet a precondition of democracy? The Supreme Court justice Felix Frankfurter suggested it might just be. “The men whose labors brought forth the Constitution of the United States had the street outside Independence Hall covered with earth so that their deliberations might not be disturbed by passing traffic,” he once wrote. “Our democracy presupposes the deliberative process as a condition of thought and of responsible choice by the electorate.”

The quiet in Independence Hall was not the silence of a monastic retreat, but one that encouraged listening to others and collaborative statesmanship; it was a silence that made them more receptive to the sound of the world around them.

Most likely Schopenhauer had in mind a similar sense of quiet when he chose to live in a big city rather than retiring from society: apparently he, too, believed it important to observe as much of life as possible. And when he moved to Frankfurt, he didn’t bring earplugs. He brought along a poodle known to bark on occasion, and the flute he loved to play after writing. Most people who are seeking more serenity from the acoustical environment aren’t asking for the silence of the tomb. We just believe we should be able to hear ourselves think.

George Prochnik is the author of the forthcoming book “The Impossible Exile.”