“Along with the head pressure, I experience nausea, a tight chest and a pounding heart” (Australia)

Editor’s note:  Below is an Opinion editorial by a woman named Annie Gardner, Australia.  Mrs. Gardner is grievously suffering from wind turbine infrasound.  Her symptoms are classic Wind Turbine Syndrome.  The wind factory is named the Macarthur Wind Farm, owned by a firm named AGL, which in turn was till recently owned by the government of New Zealand under the name, Meridian Energy.

Dr. Sarah Laurie’s comment on Mrs. Gardner’s plight:  “This is what happens to people and to the cohesion of rural communities when 140 Vestas V112’s are installed as neighbors.” 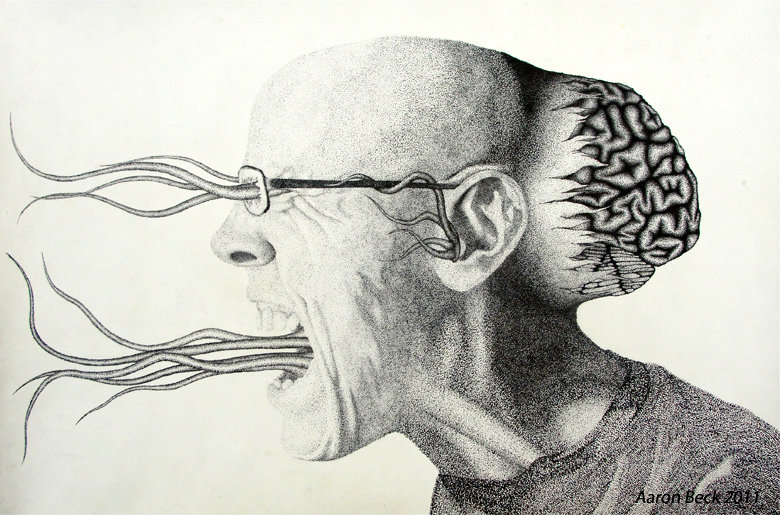 .
“No right to destroy health”

Quite some time ago, I complained to the Spectator after there appeared an entire two page spread (no doubt pretty well written by Hamish Officer) about how “awesome” the Macarthur wind factory was.

The impacted community felt very strongly that our local newspaper had given AGL and the Macarthur wind factory, two pages, without any equal time to the residents being forced to live around this monster.

No doubt money had something to do with it of course. At the time I was told the Spectator would willingly publish an “opinion piece” from me. However I simply have not had enough time to do so until now.

We saw, once again, in lat week’s Spectator that AGL had placed an advertisement claiming “there is no extra infrasound at the Macarthur wind factory to before construction”.

At the time of writing this email I am experiencing severe pressure in my ears/throat/noise/jaws and teeth from the infrasound within the walls [i.e., inside] of my home. Having been outside this morning, I was forced to come inside, as the pressure is extreme and along with the head pressure I experience nausea, a tight chest and a pounding heart.

These are the conditions which we have been forced to live with day in day out, and night in night out, since beginning October 2012, when the first 15 turbines began operation. Of course AGL deny our symptoms are caused by their turbines, but how can so many families living out to five kilometres from the nearest turbines, all together begin experiencing such serious, constant symptoms, when they’ve lived in this district, with no health symptoms for between 30 and 60 years?

Of course the farmers affected by this disaster of a development cannot afford to place ads in the local papers. I am told ads like those placed by AGL in local papers last week cost nearly $2000 — or near that amount anyway.

Who can afford to match that?

Of course it is no doubt wonderful income for the local newspapers . . . but we would appreciate if our local newspaper would recognise that the local people living around the Macarthur wind factory do not have access to the millions of dollars from this totally taxpayer-subsidised wind factory.

We are furious with AGl, in that the infrasound testing they carried out was only carried out at two homes around the wind factory.

In addition to that, I have a string of emails outlining AGL’s intention to carry out infrasound testing at our home, and others, as we have been particularly impacted by infrasound. They even sent their manager power generation, Mr Adam Mackett, to meet with our independent acoustic expert, to literally learn a bit about the spectrums of noise testing, as he was particularly ignorant of such. We had to pay for that meeting, and AGL have not carried out their commitment to do infrasound testing at our property, nor at any other property where families have complained.

AGL have received over 100 written complaints from several families severely impacted by infrasound (those families are forced to leave their homes and properties for at least two days and nights weekly) and yet they hurriedly released this report saying “no extra infrasound”.

In fact, our independent acoustic expert has discovered serious flaws in their methodology, which of course meant that infrasound (which is emitted when blades pass the towers), is attenuated.

Of course the truth will eventually prevail, but in the meantime nobody has the right to destroy people’s health and take away the right given to them by the World Health Organisation to a good night’s sleep in their own home. We and many others around the wind factory have had this right taken away from us.

Of course litigation in Australia in the near future is inevitable.

Recently the truth has started to emerge, with the discovery that it has been known since 1985 in the US that turbines do emit infrasound, and that they do endanger health.