Editor’s note:  The following report was submitted on 11/22/12 by Dr. Sarah Laurie, CEO of the Waubra Foundation (Australia), to the Australian Federal Senate as testimony in support of  the “Excessive Noise from Wind Farms Bill.” 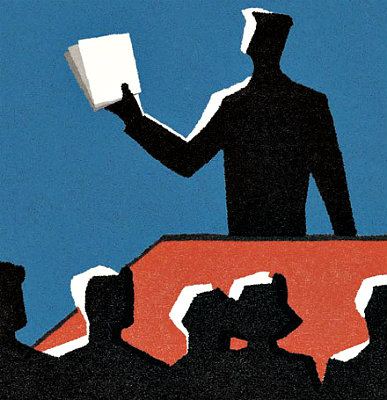 The considerable range of clinical pathology and symptoms reported by sick residents and their treating doctors is best understood in the way clinicians assess symptoms with respect to the pattern of reported symptoms, the category of clinical specialty or body system they relate to, and how the symptoms and problems change over time with cumulative exposure.

Only the pathology and symptoms reported directly to me are included in this list. Most of my information has come from residents in Australia. It is included only when I have been satisfied that it appears to be correlating with the operating wind turbines (or other sources of ILFN & V), that is, there is a clear and consistent pattern in the resident’s account of the symptoms or observations which consistently varies with exposure, or is unmistakably linked to it if it was a discrete episode of illness, or where there is relevant research which supports the linking of the symptom or described problem with ILFN & V.

I am aware that other trained medical practitioners who have taken first-hand clinical histories from sick residents, such as Professor Robert McMurtry and Dr Nina Pierpont, have had other pathology reported directly to them, which may not be listed here. There is nothing inconsistent with that, rather it is to be expected when the range of expression of this pathology in each individual is so varied. It is the PATTERN of exposure resulting in new or worsening symptoms, correlating with exposure to operating wind turbines or ILFN & V from other sources, which is the common link.

For the purposes of understanding which pathophysiological processes might be involved, these reported symptoms and problems have been divided into acute and chronic pathology. Because of the considerable complexity and range of information required to put the symptoms into the context of current clinical knowledge, I have first provided some background information.

These include but are not limited to:

These were investigated and described in considerable detail in a group of residents living near wind turbines from locations around the world by American Paediatrician Dr Nina Pierpont MD PhD, and given the name of “wind turbine syndrome.”  Other rural medical practitioners had collected data some years earlier, including Dr Amanda Harry (UK) and Dr David Iser (Australia).

This cluster of symptoms was known previously to medical researchers and clinicians working in the fields of inner ear diseases, disorders of balance, and Meniere’s disease, and is grouped together by clinicians as “vestibular disorders.”  Internationally acknowledged researchers who have worked in this field include Dr Owen Black MD.  I have attached an affidavit written by Dr Black in 2009 which places Dr Pierpont’s work in this context.  Dr Black was one of a number of expert peers who reviewed her work.  The continued assertion that her work is not “peer reviewed” is untrue.

Editor’s note:  It’s worth reading the NASA Technical memorandum 83288,  “Guide to the Evaluation of Human Exposure to Noise from Large Wind Turbines,” 1982, which Dr Black sent to Dr Pierpont after Black had reviewed Pierpont’s book, “Wind Turbine Syndrome.”  Dr Black, who died this past year, was a consultant to NASA and the US Navy on vestibular disorders suffered by astronauts and deep sea divers.  It’s clear that by 1982 the US federal government realized “large wind turbines” were causing unspecified “annoyance,” which, despite the article’s title, it artfully sidestepped by categorically denying any “noise/vibration” impacts below 20 Hz—on the assumption that the human ear did not and could not detect these.  That assumption has been since proven spectacularly wrong by Dr Alec Salt.  See, for instance, this article about Salt’s research.  You can also do a Search function for “Alec Salt” on this site, and find numerous other articles, most of them by Salt himself.

Dr Pierpont connected the pattern of symptoms described to her by sick residents, to the symptoms known to acousticians with existing knowledge and research in this field of low frequency noise exposure, and recognized that vestibular disorders were the basis of much of the symptomatology being reported by these residents.  These symptoms and their correlation with exposure to low frequency noise are also well known to some occupational physicians and also to acousticians, such as Professor Geoffrey Leventhall, and Dr Malcolm Swinbanks, both from the United Kingdom.

Professor Leventhall [an acoustician, not a physician] has stated he is well aware of these symptoms and their connection to exposure to low frequency noise, and the precise quote from his court evidence and its source is listed in my attached letter to Professor Simon Chapman.  Also attached is the table from page 49 of Leventhall’s 2003 DEFRA literature review, listing the symptoms identified in a case control study in 2000 identifying identical symptoms which were reported by residents to occur in response to LFN exposure. This DEFRA document is the same document which I highlighted in my oral evidence to the Senate inquiry as a serious omission from the NHMRC’s Rapid Review of 2010, and can be accessed here.

Dr Malcolm Swinbank’s comments in a recent letter are reproduced below:

I would comment that I first became aware of the physical effects of infrasound when working extensively on site with an industrial gas turbine in 1980. I identified specific aspects which were closely related to some symptoms of sea-sickness with which I was very familiar, being a keen offshore sailor. Thus I did not doubt that infrasound under some circumstances can cause adverse effects, and the relationship to sea-­sickness implied that there was probably some interaction with the balance mechanisms of the inner ear. So the more recent work of Dr Nina Pierpont did not strike me as heresy—rather, it endorsed an opinion that I had formed from my own direct, first-­hand experience in an entirely different context, almost 30 years earlier.

Dr Swinbanks is not the only acoustician to have developed symptoms of low frequency noise exposure whilst working in an environment measuring ILFN. Robert Rand and Stephen Ambrose had the same experience while measuring the full acoustic spectrum inside a home in Falmouth, USA, over three days. They have both since stated it took days to weeks to recover from the experience.

Symptoms of Acute Sympathetic Nervous System Stimulation, or activation of the fight/flight response. These include symptoms such as a tachycardia (rapid pulse), hypertension (high blood pressure), anxiety, and other rare pathologies related to acute elevations of circulating adrenaline, a stress hormone. These include specifically Tako Tsubo Heart Attacks, and Acute Hypertensive crises, both of which are reported to be occurring in the presence of known ILFN but in the absence of the usual clinical precursors.  Such a precursor includes a sudden stressful traumatic event in the case of Tako Tsubo Heart Attacks (death of a close relative is the usual example cited) and an underlying tumour of the adrenal gland called a phaeochromocytoma in the case of an acute hypertensive crisis.

As Dr Pierpont and others have pointed out, there is overlap and connections between these two groups of acute pathologies and symptoms, which is grounded in the known science. Vestibular disorders which stimulate the fight/flight response or, as Professor Salt has called it, “the alerting mechanism,” will inevitably lead to a physiological fight/flight response as a consequence.

Dr Swinbanks has also recently highlighted the research by a Chinese team from 2004, showing that infrasound exposure in humans in a laboratory situation for a very short period of time causes increases in heart rate and blood pressure as well as symptoms such as nausea, which confirms the coexistence of the physiological sympathetic nervous system stimulatory effect and the vestibular disorder symptoms (nausea). The link to Dr Swinbank’s paper placing this important Chinese research in its correct context was presented to the InterNoise conference in New York in August 2012.

The commonest reported symptom or problem by residents is disturbed sleep. Sometimes residents report hearing the audible noise of the turbines when they are woken, but other times they cannot hear the turbines and report a characteristic pattern of “waking suddenly in a panicked state.” This can occur when they cannot see the turbines (they are asleep!), cannot hear them, and have no way of knowing at the time inside their home whether the turbines are operating. This can happen numerous times each night, and correlates with wind direction and certain weather conditions which acousticians confirm are likely to enhance the perception of sound energy.

Being in a well insulated home can make the symptoms, including sleep disturbance worse, which fits with the research evidence of Professor Alec Salt, confirming that the inner ear responds very differently when there is predominantly low frequency sound energy present, which can result in stimulation of the “alerting mechanism” of the brain. It fits with the acoustical survey data collected by Rand and Ambrose in the USA and at multiple locations in Australia by Steven Cooper, where the acoustic profile inside a well insulated home can be quite different from that obtained concurrently outside the home. This is why internal home measurements of the full acoustic spectrum are so important; external measurements do NOT reflect the actual experienced ILFN exposures inside the home, and cannot be used as a substitute.

This identical pattern of sleep disturbance and, on occasion, perception of vibration through the bed, has been reported by residents living near wind turbines and also by those living near coal mining activities in the Upper Hunter, where the mine was at least 5km away, through a hill. Independent acoustic measurements taken at multiple locations near wind turbines and coal mining confirmed the presence of sound frequencies below 200Hz, regardless of the source of the sound energy. These residents consistently report that their sleep pattern improves on those occasions when there is no sound energy from the source of ILFN & V, or when they are away from their homes.

The cumulative effects of sleep deprivation are very well known to clinical medicine, and result in both new disorders and exacerbation of existing conditions, regardless of the cause of that sleep disturbance. Conditions include mental health disorders (depression, anxiety), metabolic conditions such as diabetes, cardiovascular pathologies such as hypertension, ischemic heart disease, and impaired immunity leading to increased infections and, in the long term, malignancies (cancers). A recent meta-analysis by Professor Capuccio from Warwick University provides a useful summary of the importance of sleep with respect to cardiovascular health. . . .