Editor’s note:  Don Smith is 82.  A native Mainer.  A veteran and a grandfather. In his words, “I was arrested and charged with criminal trespass at the Rollins Mt. wind project site in Lincoln, Maine, on November 8. Five were arrested as we formed a human barricade to the site. Dozens of others braved the cold rainy November day to protest First Wind’s project.” 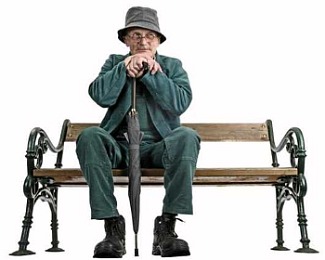 ·
But here is what the newspapers didn’t tell us:

“Don said the handcuffs were put on quite tightly before he was loaded into the police cruiser.

“After a few minutes, he complained that they were hurting and asked that they be removed. Of course, they couldn’t do that. Law enforcement officers have standard operating procedures. Understandable, even if Don is an 82 year old man.

“He then asked if the cuffs could be loosened a little. An officer complied, but Don told me it felt like the officer tightened them, instead. Another cop noticed that Don’s wrist was bleeding, and [Don] informed them that he took medication to thin his blood. At that point, the officers decided to take Don to the hospital in Lincoln, where his cut wrist was bandaged.”


Comments Off on Police brutality at Maine demonstration