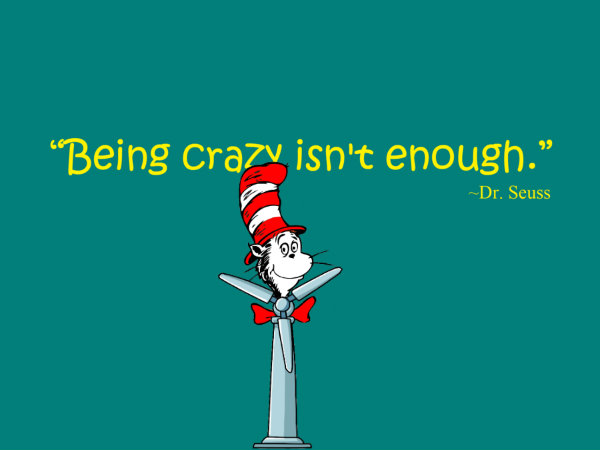 “Never let the facts get in the way of a good story,” cautioned Mark Twain.  Miles Grant heeded Twain’s famous advice in his recent opinion about global climate change and wind opposition. Grant burns with evangelical fervor when he argues that wind power is necessary for averting climate change.

The problem with the argument is it assumes facts that don’t exist. Wind turbines do not reduce CO2 emission, they increase it. In 2013, the U.S. spent some $80B subsidizing wind power, but CO2 only increased. In proportion to their economies, other industrialized nations around the world have invested far more heavily in wind energy than the U.S., but carbon emissions still go up.

Coal supplies roughly 60% of the energy to the world’s power grids, and all industrial turbines must be connected to a grid. Grid operators maintain an instantaneous balance between energy supply and demand. When turbines are spinning, coal generators are ramped down to balance the grid, a process known as “curtailment.”  When turbines stop spinning, coal plants are ramped up, called “cycling” — a procedure that can take hours, since coal plants ramp up slowly.

The problem with cycling is that even the most efficient coal plants produce much greater CO2 emissions when they are not running at peak efficiency. This means that wind farms connected to coal grids virtually ensure increased CO2 emissions — not to mention increased particulate air pollution, a dirty little secret the “wind” lobby doesn’t want you to know.

Grant mentioned the people who have to breathe the pollutants being belched out of the Brayton Point coal plant, but forgets to mention that connecting wind turbines to the same grid will make matters worse. The misguided demonstrators who marched into Fairhaven last year to support the turbines, clearly didn’t understand this danger. The people being harmed by pollution from this coal plant should be doing everything to prevent further turbines from being connected to the same grid.

People like Grant, who look at wind power through green-tinted glasses, are quick to argue that at least coal is not being burned when turbines generate power. Unfortunately, this too falls apart under careful scrutiny. The U.S. has become an exporter of its coal surplus. The principal consumer of our surplus is China. When the Chinese burn our coal, however, their plants don’t have to comply with EPA standards. As a result of these dirty coal plants, some industrialized cities in China now have pollution so bad that the air is unbreathable for days on end.

At least we can all agree on one thing; the climate is global, so we’re all inhaling some of this pollution.

The results of burning coal in China

Here are some other facts the green evangelists don’t want you to know. Every living plant growing in huge swaths of land is literally razed to the ground every time a wind turbine goes up. It isn’t just the ten acres needed for the site that get turned into a moonscape. Broad fire lanes and paved roads are often cut across ridges and mountain tops to accommodate the huge vehicles needed to build, service, and maintain these leviathans. The forest habitat is virtually hacked to ribbons, so it can no longer support the complex, balanced ecology of flora and fauna. (Take a look at the wind farms in New Hampshire, Vermont, and Maine with Google Earth to see the true extent of environmental destruction cause by industrial turbines.)

Aerial shot of the Groton Wind Project in New Hampshire. (Click for a full tour of the ecological devastation.)

Another impact that Mr. Green Eggs & Ham won’t mention is the economic one. In the U.K., wind power has driven the cost of retail electricity so high that a new class of poverty has emerged. More and more people are slipping below the poverty line, because they can no longer afford the high cost of electricity produced by turbines. In the global economy, the worst impact is placed on those who are already languishing in poverty.

In proportion to its economy, Germany has invested more in wind than any other industrialized nation. Once the powerhouse of the E.U., its economy has been decimated by its gamble on the roulette wheel of wind. According to government-paid researchers, the wind energy misadventure known as the Energiewende (energy transformation) has damaged the German economy so badly that Germans are bringing ten new coal generators online, with more on the way.

The $6-million-dollar turbines in Princeton, MA.

Princeton, MA, one of the earliest adopters of wind power in Massachusetts, has now reported a loss of $6 million, and has the highest electric rates in the Commonwealth.

Though the cost of wind energy is hidden by federal subsidies paid for with your tax dollars, a kilowatt of energy from a land-based turbine costs three times more to produce than conventional generators; and from offshore turbines, three times more than that, again. If Cape Wind is ever built in Nantucket Sound, carbon emissions will continue to rise and Massachusetts will have the highest electric rates in the U.S.

By far the greatest cost of all is the human one. There is no benefit to wind power sufficient to justify the damage to human health and well-being they cause. Wind turbine sites are ecological dead zones. The best science we have offers clear evidence that virtually everyone exposed to the pulsed volleys of infrasound produced by industrial wind turbines will begin to suffer from cognitive impairment or cardiovascular disease. Turbines are a silent killer.

Contrary to green dogma, wind power doesn’t make sense, whether you believe global climate change is real or not. In the end, the fantasy-in-green doesn’t amount to even a good story. It’s but a fractured fairy tale, full of sound and fury, signifying nothing.