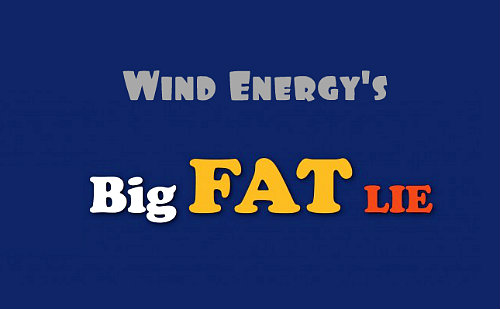 In the 60s I was professionally involved in the design of wind turbines for electricity generation. Even then it was clear that they could never be an economical source of energy for the Grid.

Our applications were confined to pipelines in remote desert areas. I have consequently taken a peripheral interest in their development and application ever since, regarding their only good feature being that, unlike nuclear power plants in particular, their decommissioning is cheap and easy.

The picture has been muddied by the apparent environmental implications, both pro (possibly) and con (definitely).

In particular I would mention that it can be argued that anything that increases carbon dioxide in the atmosphere is to be encouraged since that is where virtually 100 per cent of our food supply comes from.

A letter appeared in Professional Engineering in 2012, the organ of the UK Institution of Mechanical Engineers drawing attention to a report listing the five common assertions made by the wind industry, Government representatives and agencies.

(1) “Wind turbines will generate on average 30% of their rated capacity over a year.”

(2) “The wind is always blowing somewhere.”

An analysis using publicly available data for a 26-month period between November, 2008 and December, 2010, and the facts in respect of the above assertions are:

(2) There were 124 separate occasions from November, 2008 til December, 2010 when total generation from wind farms metered by National Grid were less than 20MW. (Average capacity over the period was in excess of 1600MW).

(5) The entire pumped storage hydro capacity in the UK can provide up to 2788MW for only five hours then it drops to 1060MW, finally runs out of water after 22 hours.

The myths surrounding wind energy’s contribution have to be scotched.

The analysis is very detailed and show that in the period from November, 2008 until December, 2010 wind power generation was below 20 per cent of capacity for more than half the time.

The extremes are revealing. At 3am on March 28, 2011 the entire output from 3,226MW of installed capacity was 9MW. Three days later at 11.40am the output was 2618MW, the  highest ever recorded. So discussions about energy balance and availability efficiencies are pretty meaningless in the face of such wild swings in output.

One must read the report to fully appreciate how using average wind speed to infer average power output has been very misleading. The instantaneous values are what really matter.

The assumptions that periods of high pressure are confined to summer and that the wind is always blowing somewhere in the UK is wrong. High barometric pressure and low or no wind can occur at any time over the whole of the UK.

In Northamptonshire there are planning applications in place for no less than 53 windmills out of a total of 94 new windmills currently projected for the UK.

Northants does not have any areas of outstanding natural beauty, National Parks, big cities or major airports, which makes it relatively plain sailing for windfarm developers to defeat local concerned groups.

It also has relatively low wind speeds—about 6m/s—but that doesn’t stop the use of average values hoodwinking the gullible into believing some inflated projections for electrical energy production.

During the Industrial Revolution when the steam engine and electrical power generation appeared, local cereal millers became less cost effective and went out of business because their windmills were an unreliable source of power. Nothing has changed.

It is disturbing to find Government policy still, in defiance of irrefutable evidence freely available from National Grid still pushing ahead with a policy discredited at every level.