“Save our sacred space”: Monastery anguishes over impending windfarm (Australia) 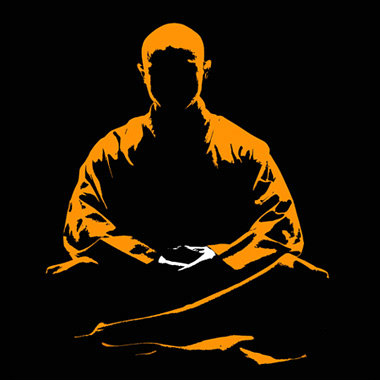 Editor’s note:  The following was written on December 18, 2012 by Father Sergei Shatrov, Abbot of the Holy Transfiguration Monastery near Canberra, Australia.  First, read this, from the monastery’s website.

The Holy Transfiguration Monastery is a male monastic community of the Russian Orthodox Church Abroad. Founded in 1982, the monastic community presided over by Abbott Hieromonk Sergius, abides in the pristine and rugged valley of the MacLaughlin River situated between Cooma and Bombala, New South Wales, Australia.

The natural surroundings surrounding the monastery influence and impact on the Orthodox traditional monastic spiritual way of life. Monasteries have traditionally sought a degree of isolation from the secular world, whether it was the desert ascetics of fourth century Egypt or the great Northern Thebaid monastic settlements in northern Russia as a means to spiritual enlightenment and salvation. However, in keeping within the traditions of hospitality, monasteries have always welcomed travellers and pilgrims that come to its doors. In providing this website as a tool for pilgrims and for those interested in Orthodox monasticism, we maintain a certain detachment from the world in order to preserve our spiritual heritage and disciplines.

In the past there were sermons on offer to visitors to the website. We hope that in the near future that we can provide further material.

Holy Transfiguration Monastery is to have a wind turbine farm erected adjacent to its property in 2013. In principal, we remain opposed to this intrusive development and you can click here to follow developments and offer your support for this important cause. Your support is crucial in helping preserve our monastic heritage of the Orthodox Church.

For all request and enquiries please Contact Us here. 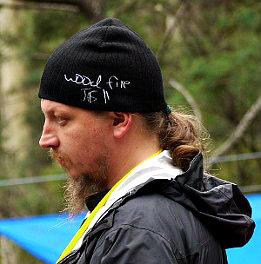 I would like to take this opportunity to clarify the Holy Transfiguration Monastery’s position on wind turbines.

The Russian Orthodox monastic communities on the MacLaughlin and Snowy Rivers are environmentally self-sufficient and conscientious. Long before the Renewable Energy Certificate Scheme was set in place, we invested heavily into solar energy and environmentally sustainable projects as an expression of our deep relationship with the pristine and often fragile landscape. What the landscape gives in our spiritual and religious vocation is fundamental to the traditions of the monastic way of life. This is why we chose the Monaro as our home thirty two years ago; it is, simply put, a very beautiful part of Australia. To suggest that we are victims of scare-mongering and ignorant to the blight of Industrial Wind Turbines (IWTs) debate, is something I strongly reject and refute.

Having been to Hatay, Turkey, in early 2012 and spent time with the locals there who have over thirty 120 metre tall IWTs planted right in the middle of their villages by the German government, they described in careful detail the serious health concerns that are debilitating and greatly affecting their quality of life after the installation. To describe simple, poor people with little if any contact with the Internet as simply victims of the “nocebo affect” would be insulting.

Having also visited eight separate IWT farms and communities in NSW, South Australia and Victoria last week in person, the problem of the lack of independently verified data (the Federal Hansard noted that wind mast data hasn’t been released in the recent Senate Estimates Committee which I attended), lack of any proper community consultation, silencing dissent or protest toward IWT developments, the divisive and vexed issue of turbine host payments, and complaints unheeded with disdain and in some cases contempt—are some of the common themes I am constantly hearing.

We chose the Monaro as our spiritual home and we don’t want the landscape industrialised. Member of Parliament, Dr Mike Kelly, expressed recently that he personally didn’t want Eden’s Two Fold Bay IWT (now failed) development to go through because of “landscape aesthetics and damage to potential tourism.”  Cynic that I am of the political opportunism, I am afraid the Monaro wasn’t aesthetically pleasing enough for blocking development. In this age of Greed Energy, whatever happened to common sense?

Click here to read the travail of this monastery, powerfully written up in Australia’s “Stop These Things.”