Hard data on why wind energy is bullshit (New York) 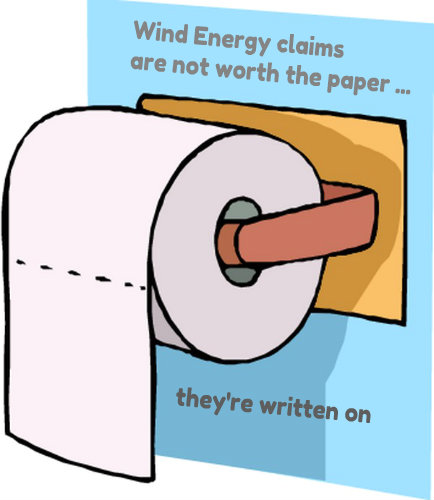 As Vermonters grapple with the pros and cons of industrial wind power, many of their questions may be answered by studying the track record of northern New York wind projects.

This area has been host to hundreds of turbines for nearly five years. The wind resource of northern Vermont is very close to that of northern New York. We can certainly expect nearly the same performance from turbines in both locations. I have tracked four northern New York projects since their inception with a comprehensive study centered on the Noble Chateaugay project, which has 71 GE 1.5 SLE turbines and is capacity-rated at 106.5 megawatts. The capacity rating is the maximum sustained output of the project.

The actual annual output of the Chateaugay was only 23 megawatts, giving an efficiency (capacity factor ) of 21.6 percent. The other northern New York projects had similar capacity factors. This is quite far removed from the 30 percent to 35 percent commonly predicted by wind developers.

All northern New York wind projects had more than 1,200 hours annually that they produced no electricity at all (that’s the equivalent of 50 24-hour days) or 14 percent of the time with zero generation. It appears wind developers notoriously inflate expected capacity factors to entice investors and increase chances of permitting approvals.

Both Vesta and GE turbines have a manufacturer’s life expectancy rating of 20 years, yet no northern New York wind project is on track to sell enough electricity in 20 years to pay for itself. There are few locations in the Northeast that have a sufficient wind resource to support a viable wind generating project;; not only are area winds light compared to the Midwest, but they have a huge problem of being very intermittent.

Wind power can never supply a steady base-load power, nor can it supply reliable and predictable electricity in any amount. This is especially true in marginal wind areas like New York and Vermont. Large-scale power storage is only a future dream, so a huge influx of wind power only increases its inefficiency.

Vermonters must look carefully at the current rush to cover their ridgelines with giant industrial wind turbines. Wind advocates, including Gov. Peter Shumlin, claim Vermont must switch to wind power in order to avoid another Hurricane Irene.

If this wasn’t so serious, it would be laughable. Irene originated in the Caribbean, so I find it hard to believe that a few wind turbines on Lowell Mountain can stop a major storm forming in the Caribbean. If storms of Irene’s ilk are caused by climate change, then Vermont’s electrical generation is a very minor concern, since 96 percent of its carbon dioxide is caused by heating and transportation. It might make more sense for Vermonters to concentrate on conservation and energy efficiency rather than destroy their ridgelines with inefficient wind turbines.

An in-depth study done by the prestigious Pacific Research Institute found that a wind project needed to have a capacity factor of 35 percent before it could erase its carbon footprint within its life expectancy. Manufacture, transport and construction of a wind project produces huge amounts of carbon dioxide emissions;; for example, just moving a single turbine across northern New York produces nearly five tons of carbon dioxide.

Even if Vermont wind projects produced less emissions, little reduction would occur since most of Vermont’s electricity comes from hydro and nuclear, both already emission free.

A driving force behind the Shumlin administration’s strong support of wind power seems to be the desire to destroy Vermont Yankee. The fact of the matter is that it would take more than 1,000 3-megawatt wind turbines to produce the average output of Yankee, and that output would be erratic and unpredictable.

Since Vermont electrical generation produces an infinitesimal part of U.S. carbon dioxide emissions, there is no way they have any measurable effect on climate change.

The Lowell Mountain project is interesting in that Green Mountain Power claims its 21 three-megawatt turbines will produce an annual average of 20 megawatts. This would mean a capacity factor of approximately 32 percent, rather unbelievable for a Northeast installation. I fear the people of Vermont are being sold a bill of goods not unlike what happened in northern New York.

Other considerations in the northern New York wind projects were changes in the rural ambiance of the landscape, a major factor for Vermonters as ridgelines are scalped and bulldozed. Here in northern New York woodlot and meadow scenery gave way to an industrial array of 500-foot turbines. The landowners who were near turbine sites found their property values decreasing. Studies in New York, Texas, Wisconsin, the United Kingdom and Ontario all agree that sites in view of turbines less than a mile away lost 20 percent to 50 percent of their value once they were installed.

Additionally, we have had cases of ill health caused by neighboring turbines, a condition known as wind turbine syndrome and verified by medical professionals worldwide. A further negative effect that wind developers in northern New York have generally denied is the death of birds and bats due to wind turbines. It has been alleged that some projects have employees who scour the areas around turbines and remove carcasses, thus literally “knowing where the bodies are buried.”

Vermonters should remember that once their ridgelines are dynamited, bulldozed and covered with giant wind turbines they will never be reclaimed. 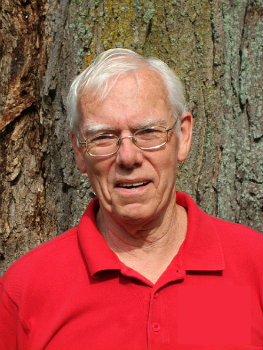 Jack Sullivan is a town councilor in Malone, N.Y.