Editor’s note:  The following is a news release from the European Platform against Windfarms (EPAW). 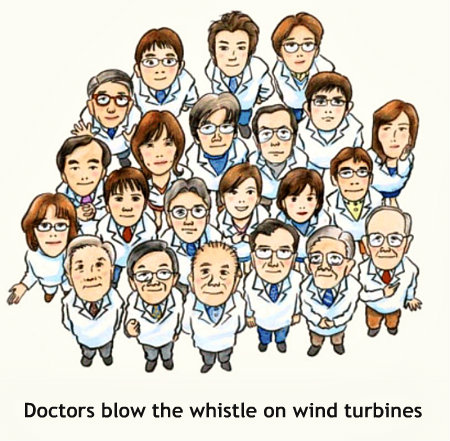 An impressive number of health practitioners, researchers and acousticians around the world are voicing their concern about the effects of wind turbines on people’s health.  The list was just published by the Waubra Foundation, the European Platform Against Windfarms (EPAW) and the North-American Platform Against Windpower (NA-PAW), the latter two representing over 600 associations of windfarm victims from 27 countries.

These health professionals should be honored, assert the three NGOs:  it takes courage to uphold the rights of victims against the powerful coalition of vested interests which supports the wind industry.

In Australia, where the controversy is reaching new heights, a wind industry executive has been singling out Dr Sarah Laurie in a bid to make the public forget the many other health professionals who alert to the dangerous effects of wind turbines:  “. . . the largest public relations issue for the industry at the moment is the theory of an ex-doctor [“ex-doctor” is false—Ed.] that infrasound or low frequency noise from wind turbines is likely to make anyone within 10 km of a wind turbine sick.”

The Australian blog, Stop These Things, which rose to prominence denouncing the wind industry, responded:  “So, the largest public relations issue for the wind industry is Sarah Laurie?  One woman against the deep pockets of the pro-wind lobby.  One woman speaking with local communities.”