Do you really believe corporate claims of getting “all” their energy from “renewables”?

Editor’s note:  The following illustrates how corporate claims about getting 100% of their energy from “renewables” is “rhetorical trickery” joined to “political appeasement.”   Read Chesser’s editorial and you will never again fall for this nonsense. 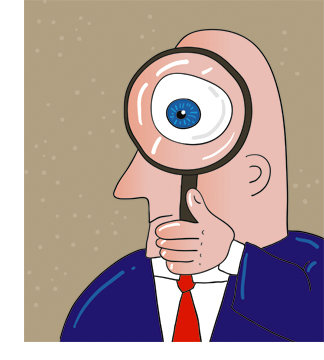 This is America, where the rich and politically powerful can cut deals for their own benefit and shift the costs onto those less able to afford it.

Apple, Inc. has grown into a widely admired and one of the most valuable companies in the world, producing terrific products that generate long waiting lines every time a new innovation is announced. You would think executive leadership would not feel the need to bow to environmental pressure groups to appear it is eco-friendly.

But apparently acceptance by the likes of Greenpeace, and a warm reception at Silicon Valley liberals’ cocktail parties, still ranks high in importance in the corner offices in Cupertino, Calif. – even though their boastful claims aren’t true.

The latest example surrounds Apple’s absurd assertion that its electricity-sucking data centers, which support services like cloud computing and iTunes, are powered completely by renewable energy. Why the Mac-makers would brag about a phony achievement that is so easily debunked makes you wonder how smart they really are.

“Our goal is to power every facility at Apple entirely with energy from renewable sources…,” the iCompany proclaims on its Web site. “So we’re investing in our own onsite energy production, establishing relationships with suppliers to procure renewable energy off the grid, and reducing our energy needs even as our employee base grows.

“Our investments are paying off. We’ve already achieved 100 percent renewable energy at all of our data centers, at our facilities in Austin, Elk Grove, Cork, and Munich, and at our Infinite Loop campus in Cupertino…. We won’t stop working until we achieve 100 percent throughout Apple.”

The iCompany is particularly proud of its new computer server farm in Maiden, N.C., where it has built what it calls “the nation’s largest end user–owned, onsite solar photovoltaic array” on land that surrounds the facility. The supposedly eco-friendly project – which spurred the London Daily Mail to label it “Apple’s NC iSore” last year – killed 100 acres of trees, which the clear-cutters initially burned until the smoke and soot inhalation got to be too much for the neighbors. Apple has embarked on another round of forest cleansing to build a similar-sized array on adjacent property, to generate more erratic power (only when the sun shines) by the end of 2013.

Calling the Maiden solar swath “end-user owned” is about as far as you can stretch the truth without calling it the opposite. If Apple truly depended on the electricity generated from its solar farm, customers would be smashing their iPods and iPads in frustration over sporadic cloud computing services. Instead what Apple does is sell much of the sun power to Duke Energy, which puts it on the grid where dependable sources – coal, nuclear and natural gas – provide the consistent electricity that Apple actually needs.

The same kind of arrangement exists for Apple’s 10-megawatt fuel cell facility – also adjacent to the Maiden data center – the nation’s largest such project to generate electricity that doesn’t belong to an actual utility. Apple contracted with Bloom Energy, a start-up company with big investor friends (including Al Gore) in Silicon Valley, to build the power generation project. As The News & Observer of Raleigh reported last April, “According to a recent report by the U.S. Energy Information Administration, fuel cells are among the world’s most expensive forms of electricity, costing $6.7 million per megawatt….”

Fuel cells are considered “renewable” because they require natural gas, but can use “biogas,” which can be captured from landfills and animal waste. Only Apple won’t be using biogas in its cells, but instead will buy renewable credits for landfill gas that is injected into natural gas pipelines. Gigaom.com reported in December that the fuel cell electricity and the renewable credits Apple earns will also be sold to Duke Energy.

So what’s on the surface – and what Apple wants everyone to believe – is that these large renewable projects are powering its massive data center in the foothills of Western North Carolina. But in reality, Apple is generating the very expensive electricity and selling it to Duke Energy, which will then recapture the cost in the overall rates it charges Tar Heel State businesses and residents. Meanwhile the power that Apple is actually using – which must be uninterrupted, round-the-clock and cheap – is sold to them at a sharply discounted rate by Duke.

If there was any doubt about that, it evaporated when Wired.com discovered on Duke Energy’s Web site a four-page paper (since removed, but saved by Wired) from its business development team that explained how they were able to convince Apple to come to North Carolina. As Wired recounted:

“Data center operators such as Apple are ‘the type of customer where the meter spins and spins at an exponential pace,’ said Clark Gillespy, a Duke vice president of economic development, according to the paper. ‘It may be the most ideal customer we could have.’ Their top concerns include ‘power cost and reliability,’ Gillespy said. ‘We were able to convince Apple that we were capable of providing the low cost and reliability they needed for their operations.’”

Besides the attractively priced electricity rates, Apple also was granted $46 million in special tax breaks from state and local government for the Maiden facility, which added to the savings. But no aspect of the location could have been more important than the power cost, which represented the single greatest ongoing expense they’d need to control in perpetuity.

So Apple’s claims that its massive server projects are “100-percent renewable” can be attributed to rhetorical trickery and political appeasement rather than reality. Duke gets 98 percent of its grid power from nuclear and coal plants, which is the real reason Apple was drawn to North Carolina and has been joined there by Google and Facebook, which also have been big cloud computing support facilities there. As Wired noted, Greenpeace in 2011 called the three tech giants the “dirty data triangle.”

The sale of solar and fuel cell power to Duke also helps the crony capitalism cause. As NLPC has reported, Apple worked with Bloom Energy to build the costly, otherwise unjustified fuel cell project. Al Gore, an Apple director, is a senior partner with Silicon Valley venture capital firm Kleiner, Perkins, Caufield & Byers, which in 2002 helped launch Bloom on its independent mission to “make clean, reliable energy affordable.” Kleiner Perkins and its high-profile partner John Doerr – a friend of late Apple CEO Steve Jobs – are identified by Bloom as its first investors, and Bloom is also credited as Kleiner Perkins’s “first clean tech investment.” Thus Gore has a conflict of interest in his dual roles as an Apple director and as a beneficiary of a sales deal with Kleiner Perkins client Bloom Energy.

In a world without cronyism, renewable mandates, and utility monopolies, electricity-hungry Apple would have laughed at Bloom Energy after hearing its sales pitch about some of the most expensive power on the market. But this is America, where the rich and politically powerful can cut deals for their own benefit and shift the costs onto those less able to afford it.
·

Paul Chesser is an associate fellow for the National Legal and Policy Center and publishes CarolinaPlottHound.com, an aggregator of North Carolina news.