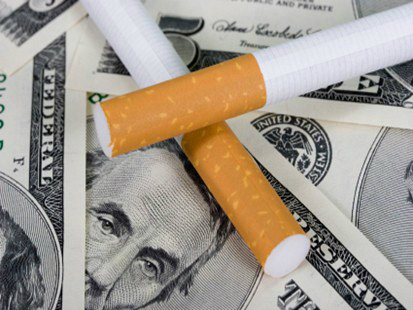 While society said “enough” when it comes to smoking, especially as it pertains to public spaces and second-hand smoke, the wind industry unapologetically continues to force its harmful product on Wisconsin families — not just intruding on public spaces, but primarily invading people’s homes with devastating effects.

The wind industry has proven time and again that their corporate greed is unencumbered by the inconvenient truth that turbines near people destroy lives.

The wind industry does not share the fact that many homes in Wisconsin have been purchased and some even bulldozed by wind developers because of unlivable conditions, or the fact that residents in every wind development in Wisconsin report common and debilitating effects from being forced to live in close proximity to industrial turbines.

Your child screams because of the pressure in her head. Your elderly mother suffers from debilitating headaches, dizziness, and heart palpitations. A soldier fighting for our country overseas has to learn that his wife and children are sleeping in the basement in a futile attempt to escape the conditions in their home. Or, at Duke’s Shirley Wind, three families have abandoned the homes they still own.

These experiences are not isolated to a few people in Glenmore. Just in this relatively “small” wind project of only eight turbines, sworn statements representing more than 50 Glenmore residents have been presented to the Public Service Commission of Wisconsin attesting to their own suffering that is alleviated once they are away from their homes near the turbines.

What about the fact that the current peer-reviewed science (that the wind industry says does not exist) validates the experience of these wind project prisoners and refugees. This reality is confirmed by the words of the wind industry’s own experts after testing at Shirley Wind for low-frequency noise (LFN). Their own expert said, “The completed testing was extremely helpful and a good start to uncover the cause of such severe adverse impact reported at this site. … The four investigating firms are of the opinion that enough evidence and hypotheses have been given herein to classify LFN and infrasound as a serious issue, possibly affecting the future of the industry. It should be addressed beyond the present practice of showing that wind turbine levels are magnitudes below the threshold of hearing at low frequencies … We recommend additional study on an urgent priority basis…”

Predictably, the industry and the organizations they substantially fund, like Clean Wisconsin and RENEW Wisconsin, seem to be doing everything they can to minimize the impact of the study of Shirley Wind in Glenmore despite its raw data and findings being circulated and studied throughout the scientific community. The current wind industry practice of irresponsibly siting turbines near people needs to stop until the harm already levied upon innocent people in Glenmore and elsewhere is completely understood and addressed.

It is beyond understanding how an industry that claims to be built on the desire to help the environment appears not to care for the people, livestock, or wildlife living in that environment. Read the Shirley Wind Study, and note the words of the wind industry’s own experts. Read current peer-reviewed literature on wind turbine noise. Listen to the experiences of those currently suffering near turbines. Do any of this, and we think you will agree that it seems the wind energy industry has now perfected the unconscionable tactics of “big tobacco.”

Despite the millions of dollars they have spent attempting to rewrite the facts, the truth cannot be altered.

.
Steve Deslauriers is a spokesperson for Brown County Citizens for Responsible Wind Energy, a community-based and community-funded nonprofit organization.