Baily is suffering. I’m shelling out $500. Please join me (Vermont) 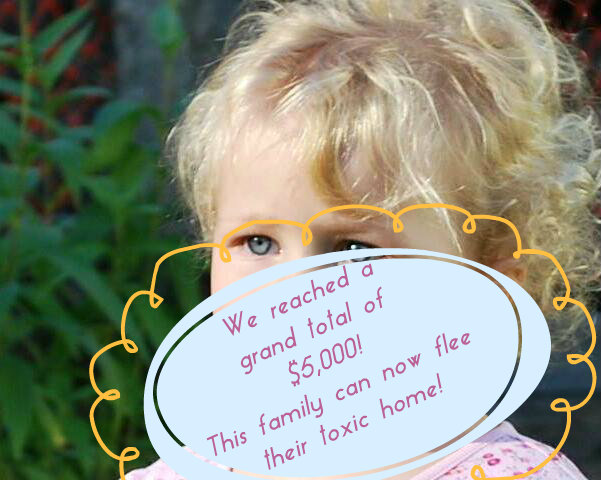 Here’s the deal.  Steve & Luann Therrien live off-grid in Vermont.  On 50 acres of mixed hardwood which they’ve turned into a wilderness haven, complete with cozy cabin, wood stove, and all the good stuff Henry David Thoreau and John Muir rhapsodized over.

I went to the woods because I wished to live deliberately, to front only the essential facts of life, and see if I could not learn what it had to teach, and not, when I came to die, discover that I had not lived. I did not wish to live what was not life, living is so dear.

I wanted to live deep and suck out all the marrow of life, to live so sturdily and Spartan-like as to put to rout all that was not life, to cut a broad swath and shave close, to drive life into a corner, and reduce it to its lowest terms.”

—H.D. Thoreau, Walden: Or, Life in the Woods

In God’s wildness lies the hope of the world.

God’s wildness got shattered two years ago by the noise and vibration of newly built gigantic wind turbines within a mile of their home.

The Therriens, mind you, were not notified of the impending wind plant.  Nor did they oppose it when they noticed it being built, convincing themselves it would be a minor nuisance.  (After all, they had lived here within earshot of the Interstate for 17 years.)

By the end of 6 months they admitted to one another that they were horribly wrong.  That something weird and very wrong was happening to their health.  And whatever it was, it was getting worse.

No, they did not read Dr. Pierpont’s book, nor had they heard of her or “Wind Turbine Syndrome” (WTS).  (In fact, as I write this, they still have not read the book.)  They had no idea of the public uproar that has been raging, for over a decade, over people suffering bizarre health effects from badly placed turbines.

All they knew is that they were getting more and more nausea, vertigo, headaches, problems concentrating, feelings of pressure in the head, tinnitus, anxiety, little to no sleep, awakening in the night in a panic, etc.

They were “living” Pierpont’s book—without the slightest clue the book existed.

I just got off the phone with Luann.  I told her that they have “textbook” WTS.  Since they are flat broke at the moment—a point I will come back to—I said I would mail a copy of the book, gratis.  “You will be reading about yourselves, and will weep,” I warned.  “Read it anyhow, to understand what’s really going on.”

It’s not just Steve & Luann.  It’s Baily (2-year-old daughter) and Seager (4-year-old son).  Both children are suffering—except, with limited communication skills, their parents have difficulty pinpointing exactly how.  Clearly there is fear in both children (seeking refuge in their parents’ bed at night).  And at times pain.  Head pain?  Earache?  And Seager refuses to get on the swing he used to love. 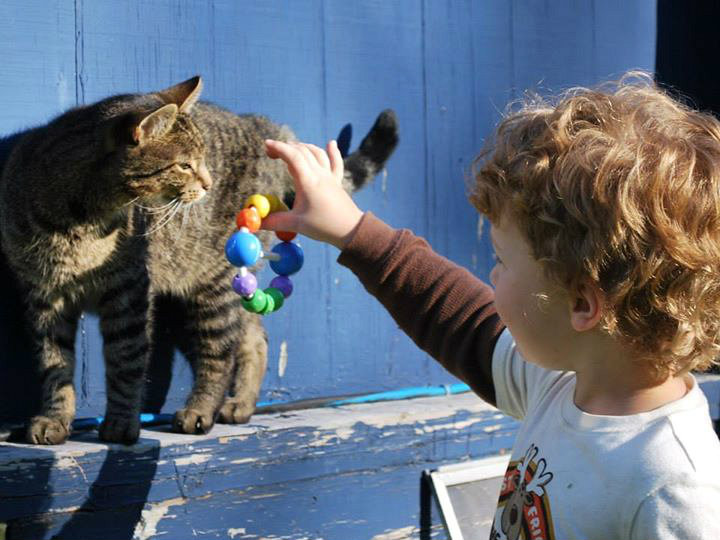 I have said they have classic WTS.  Luann, who was a cook at the now shuttered King George School nearby, is having trouble remembering and following simple recipes.  (Right out of Pierpont’s book!)  Steve, a carpenter and master mechanic—the kind of man who can build and equip a sturdy cabin for his young family—had to quit his job at the wood-shop because he couldn’t follow directions and was in danger of hurting himself with the saws.  (Right out of Pierpont’s book!)

They have to move.  Flat broke, having spent what little money they had fighting this terrorism—the Therriens absolutely have to move.  (Yes, they put their 50 acres up for sale—but no takers.)  The wind energy company (First Wind), preoccupied by the lucrative business of saving the planet from global warming, refuses to acknowledge their illness and refuses to buy them out.  The governor’s office and state agencies are indifferent, having drunk the Kool-Aid that “wind energy can do no harm.”

They have to move, pronto!  This is northern Vermont; winter comes early to these boreal forests and mountains.  All those trees lose their leaves in winter, making turbine noise & vibration worse than in summer.  And in winter, the family is confined indoors much of the time, where the infrasound is demonstrably worse than outdoors.

Besides, they are discovering the horrific sequelae of WTS:  one becomes increasingly sensitized to it.  (Luann confirmed this on the phone a few minutes ago.)

This website has been at the forefront of fighting this scourge.  It’s one thing to argue with the likes of Simon “Nocebo-effect” Chapman and Geoff “If-you-can’t-hear it, it-won’t-hurt-you” Leventhall.  It’s another to provide emergency financial support for victims of WTS.

It sucks asking for money.  To try and sweeten this embarrassing task, Nina & I propose the following:  We will contribute $500 to the Therriens if 20 other people each contribute $500—a matching funds proposition, with 20 other people.  (Please, no checks over $500!  I mean that.)  If you’re not in a position to contribute $500, then I propose that you find someone you can pair up with so that, between you, your combined gift is $500.

Twenty people, or twenty groups, each contributing $500.  No more than this.  So these people can buy a crappy old mobile home (I’ve seen photos of the one they’re considering) and move it onto land belonging to Steve’s mother, nearby, where they hope to start life anew.  (Unfortunately, they can’t just lock the door of the cabin and, traveling light, go live someplace else.  Luann explained that all the cabins in their forest are routinely broken into and robbed and vandalized.  Broken windows.  Kicked-in doors.  Trashed.  Yes, even when the cabins are left—unlocked.  No, they have to assume the cabin will be rendered uninhabitable in their absence.)

I don’t have $500 to give these people.  You don’t either.  But I’m doing it anyhow.  And I hope you join me.  Somewhere in this narrative, basic humanity kicks in, and we wind up doing things we’d prefer not to—because altruism is a primal human instinct.  And because you and I have not forgotten that key ingredient of the “immense journey” of our species.

Do it this way, if you will:  Send me an email (rushtoncanoe@aol.com) pledging your $500 or portion thereof.  I will match up donors with others, so each chunk amounts to $500 in total.  With 20 “chunks” of $500 each.  When we’ve reached the $10,000 mark, I’ll contact Steve & Luann and tell them they are going to receive a bunch of checks.  I will then contact you with their mailing address—along with their profound appreciation.

Instead of donating to your favorite environmental organization this Christmas, make an early Christmas present to these victims of “environmentalism” run amok.

We who lived in concentration camps can remember the men who walked through the huts comforting others, giving away their last piece of bread.  They may have been few in number, but they offer sufficient proof that everything can be taken from a man but one thing:  the last of the human freedoms—to choose one’s attitude in any given set of circumstances, to choose one’s own way.

A thought transfixed me:  for the first time in my life I saw the truth as it is set into song by so many poets, proclaimed as the final wisdom by so many thinkers.  The truth—that love is the ultimate and the highest goal to which man can aspire.

Then I grasped the meaning of the greatest secret that human poetry and human thought and belief have to impart:  The salvation of man is through love and in love. I understood how a man who has nothing left in this world still may know bliss, be it only for a brief moment, in the contemplation of his beloved.

In a position of utter desolation, when man cannot express himself in positive action, when his only achievement may consist in enduring his sufferings in the right way—an honorable way—in such a position man can, through loving contemplation of the image he carries of his beloved, achieve fulfillment.”

October 9, 2013 update:  Here is the note we got from Luann Therrien the other day: 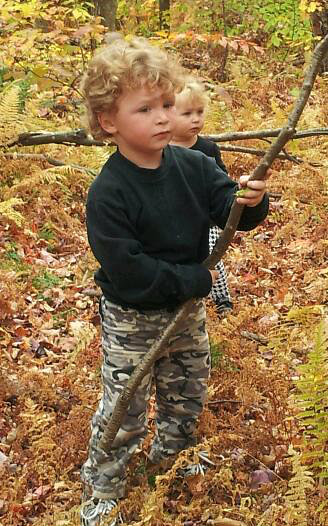 Please please please help us. We are a family of 4, ages 52, 44, almost 4 & 2, having children so late is whole other heart-wrenching story.

We are suffering terribly, my husband and I have all the signs of Wind Turbine Syndrome- (1) Sleep disturbance. Not simply awakened, but awakening in a panic (“flight or fight” response). (2) Headache. (3) Tinnitus. (4) Ear pressure. (5) Dizziness. (6) Vertigo. (7) Nausea. (8) Visual blurring. (9) Tachycardia. (10) Irritability. (11) Problems with concentration and memory. (12) Panic episodes associated with sensations of internal pulsation or quivering, which arise while awake or asleep. (This latter involving other, non-vestibular organs of balance, motion, and position sense.)

Have also been put on anti-depressants + sleeping pills + motion sickness medication, and as per our Dr. have been told to not even try to work.

The children are too small to articulate how they are being impacted. But when we get a lot of noise we see a definite change in their behavior and not for the better.

How long will we have to wait for officials to admit there is a problem associated with living in too close proximity to wind turbines? Needless to say they will not tell us if our still developing children will have long term damage. In the meantime we are getting more and more ill.

We desperately need to move. Wind Turbine Syndrome is no joke.

Our hope was to get into a reasonably decent home.  That was why we original posted in gofundme asking for $90,000.00. In the hopes of covering the cost of a home, moving expenses, and all the other expenses that would be necessary.

Winter is coming and we have to get out of here. The worst of the noise for us has begun. With the hopes for a home slipping away from us we realize an older mobile home is more realistic, but at this point nowhere near in sight.

We HAVE reached the point of desperation. We HAVE to move for the sake of our health and sanity.

Please if you or someone you know could help us, we are desperate.