Dr. Reider documents classic, textbook Wind Turbine Syndrome among his patients.  (If he is aware of Dr. Pierpont’s peer-reviewed book on the subject, he chose not to mention it.) 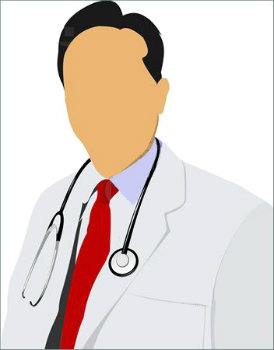 Good morning, thanks very much for the opportunity to speak about some clinical observations regarding the health impacts of living in close proximity to large wind turbines.

My name is Sandy Reider.  Since graduation from Harvard Medical School in 1971 I have practiced more or less continuously in VT in various capacities, most recently for the past 17 years in a primary care setting in Lyndonville.

In the brief time I have, I’d simply like to share some of my clinical observations and impressions regarding the health impacts related to living near these turbines and leave a review of the available science to others.  (Parenthetically, I am delighted you will be hearing from Stephen Ambrose, because it was his on-site Falmouth, MA, study that I selected to pass on to Commissioner Chen when he came to speak in Newark this past summer.)

At this point I have seen 6 persons in my office with symptoms that seem to stem from these turbines, but for the sake of clarity and brevity, I will describe just one case in detail … keeping in mind that the symptoms described by all those I have seen are quite similar and characteristic of what has become known, somewhat euphemistically, as Wind Turbine Syndrome.

This was my first patient who turned out to suffer from this syndrome, and I must say that it took a few months for us to connect the dots. He was a healthy 33 yo man who I had treated for several years and knew quite well. He had no preexisting medical problems, took no prescription meds, was happily married (no children), and had lived in his home for several years before a single NPS 162 foot wind turbine was installed in the late autumn of 2011, approximately 1800 feet from his residence. At the time of installation he paid no attention at all to the turbine and had no particular feelings about it one way or the other, aesthetic or otherwise.

About 3 weeks after the installation he began to experience quite severe insomnia, something he had never dealt with before, and he had no clue why. He worked at home and spent most of his days as well as all nights there, unlike his wife who worked in Newport and was gone most days. He complained of abrupt waking 30-40 times a night, like a startle reflex, associated with some anxiety. As a result he was almost never able to fall into a deep restful sleep, very distressing for someone used to sleeping soundly for 10-11 hours every night.

Additionally he developed a kind of pressure headache, ringing in his ears, and slight dizziness. These symptoms weren’t constant but varied from day to day (eventually discovered to be related to wind speed and direction). His ability to concentrate diminished and it became difficult to get his work as a financial advisor done, as well as feeling irritable and somewhat depressed.

On his 3rd visit over 6-8 weeks during the spring of 2012, he quite emphatically declared that he was experiencing something called WTS. At the time I inwardly rolled my eyes, but after conducting some research, I decided it might just be possible. To test this hypothesis, he and his wife went on a 3 week vacation, and within 1-2 days of being away from home, ALL his symptoms resolved. On return, the same distressing sensations gradually returned. This amelioration when away was confirmed dozens of times … he became aware that when the wind was coming out of the north or northwest he was particularly affected, and so arranged to sleep at a friend’s house on those nights …. Generally he spent 3-4 nights away from home throughout the spring and summer of 2012, and on those nights felt and slept well.

Interestingly, at no time at home did he actually hear any noise … his distress was likely the reflection of very low frequency sound/vibration, sound below the audible range. In trying to compare this to something in my own experience, the closest image that comes to mind is that of a teenager driving around in the spring with those big bass speakers in the trunk of his car … a rhythmic thumping that can be sensed, and felt, from over a block away, while the rest of the higher frequency musical tones cannot be heard at all.

Most patients have complained about audible noise as well as a rhythmic flickering shadow as the turbine blade crosses the sun, also the rhythmic flashing glare from the reflection of the sun on the blades (such flickering lights are known in the medical literature to precipitate seizures in susceptible individuals ), and these are of course significant, but I have chosen to describe this case because so little attention has been given to inaudible low frequency vibration. My patient was fortunate, he and his wife were able to afford to abandon their home, and they are now living happily far from any wind turbine and feeling quite well.

As I said, I have seen 5 other individuals with similar syndromes, and it easy to imagine how this state could easily presage more chronic illness … depression, anxiety, high blood pressure, chronic headaches, the list goes on … and all the pharmaceutical drugs that these maladies might eventually necessitate. I would be concerned for those whose nervous systems are sensitive and vulnerable …. infants and small children, children with ADHD or autism spectrum syndromes, and constitutionally nervous adults. I know you will hear stories this morning from Vermonters who have already been directly impacted.

The old saw that a doctor’s best teacher is his patient is true and obviously applicable here. From a purely clinical perspective I believe the acoustic trauma produced by large wind turbines is real and significant, and that this makes the siting of these turbines especially critical.

Keep in mind that the turbine affecting the person I described previously is only 160 feet high, whereas the turbines already spinning in Lowell and Sheffield are about 450 feet high, and those proposed for the Newark/Brighton/Ferdinand project are close to 500 feet. I note that a minimal setback of 1 mile from the nearest residence is specified in S.30 , but due to the great variety of atmospheric conditions and geography in VT, who knows if even this is adequate?

Also, I was surprised that in the bill there is no specific mention of effects on health, though “quality of life” comes close. These health effects are more than nuisances, a term used in much of the literature to characterize the symptoms. A nuisance might be something like black flies buzzing around your head, whereas these vibratory and acoustic effects are something else altogether, and describing them a nuisances seems a disservice and demeaning to those who experience them. What about “chronic vestibulo-acoustic trauma syndrome” … we certainly need better science, and more study is needed.

I believe these health impacts should be specifically cited in the bill, with a recommendation directing the VT Department of Health to adopt a more direct, proactive role in the public health issues raised by these huge turbines.

I fully support the three year moratorium on all industrial wind development as outlined in the current bill, in order to try to understand more clearly the sacrifices we are asking of our citizens and of the complex ecology of our sensitive and beautiful ridgelines.