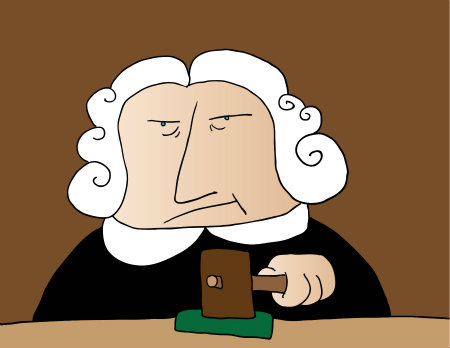 “The myth of Denmark as a corruption-free country”

It’s a widely held conception that Denmark is one of the world’s least corrupt countries. The message is always warmly received, but this isn’t the same as saying that Denmark is free of corruption.

I’m not qualified to speak about corruption in general, but there is one area in which I do have an in-depth knowledge: wind power, which is an industry that has managed to thoroughly corrupt the political system.

The law approving construction of a test centre of large land-based wind turbines near the Jutland town of Østerild was forced through parliament despite warnings about the effects it would have on the natural environment in the area and its impact on residents. The bill was able to make its way through parliament thanks to a complete manipulation of the facts—both by keeping some information under wraps, and by directly misinforming people.

But it wasn’t parliament that was misled. Members of parliament that voted for the law were fully aware of the truth, yet they turned a blind eye so the law could be passed. It was, in fact, voters who were tricked into thinking that they had been told the whole truth.

The only thing that matters for wind turbine makers is money. You can wonder why law makers would play along with their game, but as soon as they threatened to move jobs abroad they did as they were told.

Laying out all the details of this sitation would require more space than is available here, but for those that read Danish, Peter Skeel Hjort’s book ‘Besat af wind’ (Obsessed by the wind) provides a harrowing look into of the industry and the political system.

Collaboration between the industry and lawmakers didn’t stop with the approval of the test centre. Since then, there has been a flood of complaints from people who were unfortunate enough to find themselves living next to large land-based wind turbines elsewhere. The effects, which are well documented, can cause illness and render properties uninhabitable. Their complaints, however, are normally rejected by the authorities, who maintain that living close to wind turbines is not associated with any detrimental effects.

On October 9, Berlingske newspaper published an article by three Aalborg University scientists, who proved that the official noise calculations are wrong, and that the manipulated figures tone down the problems associated with living near a wind turbine. The authorities have done nothing to show that they have scientific evidence to base their claims on. Their only reaction has been to say that the Aalborg University study is wrong, because it does not jibe with the wind power industry’s own findings. We heard this most recently from the environment minister, Ida Auken, who is either being led around by the nose of the people whose interests she’s looking out for, or—as was the case with her predecessor—she is taking part in the misinformation.

It’s worth noting that the compensation homeowners living near wind turbines are given to make up for lost property value is based the falsified noise calculations—which means that people are, in fact, being cheated out of the full amount they are actually owed.

Corruption is defined as moral decay, and that is precisely what we are witnessing here. The fear that Denmark could lose jobs and the near religious obsession with wind power has made politicians deaf and blind to objections to wind as a source of energy, and led them to take part in the industry’s fraud. The environmental and human impacts of what they are doing appear to have no effect on them.

It only adds to the embarrassment is that instead of hiring people, the wind industry is eliminating jobs in Denmark. Meanwhile, little has happened at the Østerild test centre. Parliament rushed to approve the establishment of Østerild, because the industry told them it was vital that they could have seven large wind turbines standing in a row. Østerild was chosen because it had the physical characteristics the industry needed. Today, one turbine stands, and it remains to be seen how many more will be built.

There are a lot of people who have plenty to be ashamed of, but we shouldn’t expect that to change much. Moral scruples aren’t what we most associate with Danish politicians.