“Wind Power in the Windy City:  Not There When Needed” 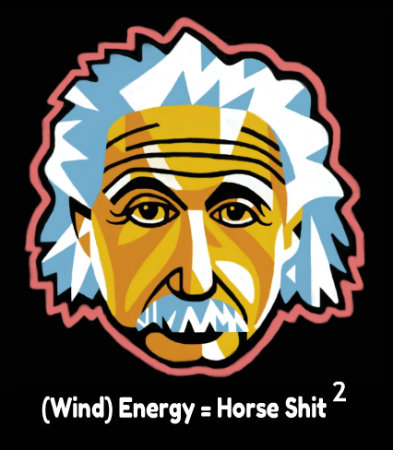 .
(This image was not part of the original article)

Summertime is in full swing with its barbeques, vacations, and record breaking heat waves. If you can’t keep cool in the lake or neighborhood pool, you are probably staying indoors with air conditioning – which was running non-stop in the Chicagoland area during the record heat the first week of July. That’s not unusual, of course. Because we like to be comfortable, throughout the U.S. electric demand generally peaks in July and August. To meet that high demand, we must have plenty of generating capacity available, which means our nuclear, coal and natural gas-fired plants have been running at full tilt. But wind power contributed almost nothing during Chicago’s recent heat wave because the unfortunate reality is wind almost never blows when the weather is hottest and the demand for electricity is highest.

President Obama’s home state of Illinois is a perfect example. According to the American Wind Energy Association, Illinois has one of the most aggressive wind energy programs in the country. At the end of 2011, over 2,700 megawatts (MW) of wind generation had been installed, and another 600 MW was under construction. (For comparison, the Braidwood Nuclear Plant southwest of Chicago has a generating capacity of 2,300 MW.) Thus, during the recent heat wave, when temperatures in Chicago soared to 103 degrees, wind turbines stood by to do their part to keep the Windy City cool. And stand they did…still, that is.

Illinois wind generated less than five percent of its capacity during the record breaking heat last week, producing only an average of 120 MW of electricity from the over 2,700 MW installed. On July 6th, when the demand for electricity in northern Illinois and Chicago averaged 22,000 MW, the average amount of wind power available during the day was a virtually nonexistent four MW, less than the output of two large wind turbines, or about and enough power to operate 4,000 blow dryers. In fact, the most electricity wind produced on any day during last week’s heat wave was an average of 320 MW on July 3rd, or about 10 percent of the capacity of the wind turbines built in Illinois, when temperatures soared to 103 degrees.

Wind power’s failure during last week’s extended heat wave is no fluke. When I performed a similar analysis last summer, the results were the same: the hotter the weather and greater customers’ demand for electricity, the less electricity produced from wind. Of course, this should not really be surprising. After all, the most miserable summer days are hot, humid, and still. What is surprising, however, is that policymakers keep throwing consumers’ and taxpayers’ hard-earned money at wind generation. And, because Illinois has one of the most aggressive renewable portfolio standards in the country, those subsidies, and electricity bills, will continue to soar, driving more businesses away from a state that continues to hemorrhage jobs in tough economic times. It is difficult to imagine a worse energy policy.

.
*Jonathan Lesser, PhD, is the President of Continental Economics, Inc., an energy and regulatory consulting firm based in New Mexico.