Editor’s note:  The author of the following piece, Maurice Newman, is former chairman of Deutsche Bank, the Australian Securities Exchange and, most recently, the Australian Broadcasting Corporation.. 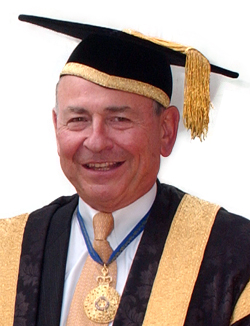 .
Even before they threatened my property, I was opposed to wind farms.  They fail on all counts. They are grossly inefficient, extremely expensive, socially inequitable, a danger to human health, environmentally harmful, divisive for communities, a blot on the landscape, and don’t even achieve the purpose for which they were designed, namely the reliable generation of electricity and the reduction of CO2 emissions.

Even if you buy the anthropogenic global warming case, experience shows that wind energy is not the answer. How is it, then, that governments around the world have embraced this technology with abandon, in the process spending hundreds of billions of dollars of other people’s money in a shameless wealth transfer from the poor to the rich? Surely the economic effect of taxing hardest those who can least afford it was thoroughly examined ahead of politically motivated empty gestures designed to placate climate change alarmists?

I am not a conspiracy theorist, but we have witnessed the birth of an extraordinary, universal and self-reinforcing movement among the political and executive arms of government, their academic consultants, the mainstream media and vested private sector interests (such as investment banks and the renewables industry), held together by the promise of unlimited government money. It may not be a conspiracy, but long-term, government underwritten annuities have certainly created one gigantic and powerful oligopoly which must coerce taxpayers and penalize energy consumers to survive.