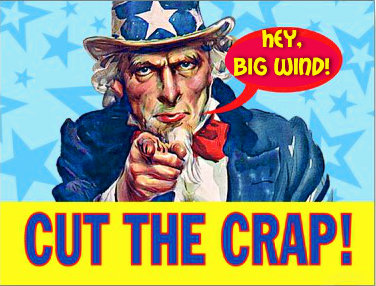 In what may well be the biggest defeat for Big Wind around the world in over a decade, the US Senate voted today not to attach the “non-germane” Stabenow amendment #1812 to the Transportation Bill.  Dead in the water!  Done (for now).  And likely done for quite awhile.  Most “in the know” predict that the Transportation Bill is likely the last legislation for the year that will have bipartisan support.

The Production Tax Credits (PTC’s) for wind have expired three times in their 20-year history, and been reinstated each time, but this time we are so much closer to a critical mass of the electorate having learned the truth about Big Wind—it doesn’t work.  It doesn’t reduce carbon emissions; it doesn’t reduce fossil fuel use. And without adequate setbacks, infrasound from turbines makes people sick.

Up against an army of lobbyists on Capitol Hill, tens of thousands of impassioned citizens around the country, with little but truth on our side, stayed apprised of the moment-to-moment specifics throughout the past week, and our voices were heard.  First Big Wind presented the Bennet Amendment #1709, then another version, the Bennet/Moran Amendment #1790.  Then replaced these with another with new language offered by Senator Cantwell (D-WA).  Eventually Senators Reid and McConnell chose to present the Stabenow Amendment #1812 to the full Senate.

#1812 would not only have extended the Production Tax Credit for Big Wind, but would also have resurrected the 1603 credit—the worst of all possibilities.  Big Wind needed 60 votes to attach their self-serving agenda to the BigDaddy S.1813 Surface Transportation Bill.  Instead, they got only 49 votes, less than a majority, a benchmark of sorts.

That’s $5-$20 billion in debt (plus interest) our kids won’t have to pay to the Chinese PLUS billions in savings coming from lower energy costs for the entire economy.  (Is it too much to assume this means Cape Wind is finally off the chart?)

In all events, it is really amazing, almost worthy of miracle status.  For those so inclined, say a prayer of thanks tonight! 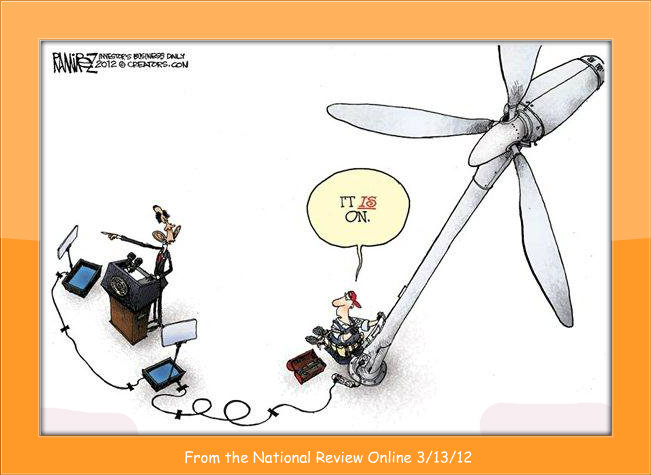