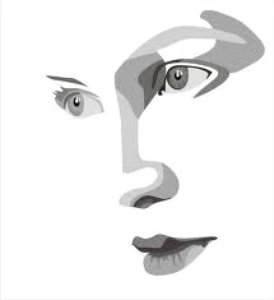 The radio is on full blast and I’m fiddling around in the kitchen with no real purpose except the purpose of keeping myself busy.  I glance out the window.  Between the vanilla-scented leaves of the fig tree I can just make out Mark’s wheelbarrow, but the man himself has disappeared.  I consider going out to look for him but that would mean stepping over the threshold and the skin on my arms recoils at the thought, pulling the hair up, hedgehog style.

It’s a glorious summer day, the stuff holiday brochures are packed full of, but here I am—hesitating.  I give myself a mental kick, pick up the camera and go outside.

Today isn’t quite so bad, and I can still hear the radio blaring away from inside the house.  I’ll go and listen to the bees, maybe take a few pictures; that will calm the jitters I haven’t been able to shake off—a feeling of ants scurrying around just beneath my skin.

I concentrate hard: all the country sights and sounds—birds, insects, lizards—are just as they’ve always been.  And yet there is the other thing, too.  I ignore it.  A shovelfull of dirt flies out of the hillside and into the wheelbarrow—plunk.

Mark is nowhere to be seen.  I take another step forward.   Plunk, a second shower of earth and stones.  Plunk, a third.  Another step and I see him, intent on the back wall of his hole in the hill—his soundproof hideaway, his refuge, his defiance of a law that prohibits mechanical removal of soil without a permit: plunk!

He pauses.  I click.  He turns towards me for a moment and then turns away again, watching the small landslides crumbling into the crater with a soft rumbling swish.

Full wheelbarrow—click.  The dark base of the cave with its glint of water—click.  I have the series here on the table as I write.  My husband’s hair is brown with dust; it makes him seem younger but for the look in his eyes.

I walk past, up the trampled path to the bees and sit down.  The sun’s warmth radiates off the hives, but a core coldness lingers.  I take a deep breath, hoping the familiar scent will do its healing work as I lean my head on the side of the hive and listen to the soothing hum.

Two thin streaks make their way down my cheeks; I can no longer shut out the turbines’ incessant whine.

The drone inside the house has not stopped for three days.  Low and insidious.  It’s worse at night.  There is no escape.  It takes me when and where it wants, hour after hour, day after day, sometimes week after week leaving me weak with depression.

It’s bedtime.  Mark’s eyes are on me.  How can he not know what I’m feeling after all our years together?  How can I not know he’s watching me?  We circle round each other in a protective dance.  My fingers hover over the switch of the CD player and then draw back.  Magou’s magic cannot save me.  I’m exhausted but I dare not go to bed.  I dread the moment the music stops and I step off the roundabout, reeling, nauseous—but on or off, I can’t trick my body with a musical box.

I’m bolt upright in bed and soaking wet.  I hear my own screams echo in the dark.  My heart pounds wildly. There is nothing tangible to fight and nowhere to run.  Mark’s arms are round me, gently restraining.  His heartbeat calms my own and his hands stroke my hair.  He whispers reassuring words but his face is wet: I am not a child.  He knows.  We both know.

The dirty-looking green and white paint is chipped where the hospital beds take the bends too fast and in any other places where they manage to make contact with the walls.  (No reason the drivers should change their driving habits at work, I suppose.)  The waiting room is in the drafty corridor—three battered plastic chairs. I’m perched uncomfortably on one of them alongside a shrivelled up mummy and a zombie.  I wonder what kind of monster I am, but the other two don’t look at me or seem to recognise me as one of their species.

The zombie’s eyes are open, vacant.  The mummy’s are closed.  The mummy is stiff with papery skin and will have to be prised off the seat before it can lumber into the doctor’s surgery.  The zombie is somewhere else.  What can a doctor possibly do for either?

That’s me.  I still can’t get used to hearing my maiden name after 30 years of marriage—just one more thing to resent in this god-forsaken hole.  I’m led into an office and left there.

The doctor will be with you in a minute.

I very much doubt that; I just saw him light up on the balcony at the far end of the corridor.

I’m sitting with my back to the door—really bad fang shui.  I can feel the tension in the skin of my back.  I shift position and take in the glass-fronted cabinets with files, tattered and dusty with age.  There’s a crack in the window and a blue bottle buzzing around irritatingly.  Even the spiders don’t seem particularly interested in their jobs.

The door opens. I swivel round to the desk, scraping the floor with the aluminium chair legs.  I can smell the stale smoke.  The doctor sits down, plonks a bag on the desk and extracts a folder of exactly the same dingy shade as the files in the cabinet.  Someone must have ordered a bulk delivery half a century ago.  He’s intent on something in the folder.  A piece of paper appears and a pen.

He finally looks up.  I’m not one hundred percent certain that he can see me—maybe I’m a ghost—but he seems solid enough.

The doctor has the same desiccated look as the mummy outside.  I’m having a nightmare again but it feels real.  I wonder how old he is.  Fifty, sixty or five hundred?

What brings you here?

I deliver my story; he scratches away on the sheet of paper.   I don’t know what he takes down but I get the feeling the file will vanish into thin air the moment I leave the office.  The fly starts buzzing around again.  He seems to be listening now because he’s put his pen down.  I want him to record everything, everything—but the folder will disappear anyway, so what’s the point?

I can give you some mood elevators, I hear him say.

A chemical brightener to make my washing look white even if it’s grey?

“But that won’t change the situation!”

He’s irritated: It won’t cost you anything.

A lightning bolt hits me: the patients in the waiting room, the situation—he thinks I’m here for a free soma holiday. The truth is too ugly to contemplate.  I decline politely.  He’s baffled.

What do you want of me, then?

I tell him clearly what I want, without stuttering.  (That surprises me.)  I want a doctor’s certificate to say I was here and why I was here.  I can see the disbelief on his face, feel him floundering.  He’s in deep water.  I enjoy his discomfort.

It won’t prove anything, he says.

I know that—but it’s what I want.

I want the doctor to write that I came to see him because the wind turbines are making me ill and I want him to sign it.  Those responsible for building the wind farm have forced themselves upon me, taken control of my life and home, invaded my waking thoughts and my dreams but I am going to force one member of the establishment, at least, to submit to my will.  He resists.

He scrawls something on a piece of paper—both sides—and signs.  He reads it out to me:  just the slippery wishy-washy nothingness I’d expected, but I’m conscious of a surge of power.  I’m back in the land of the living.

I put the grubby blue envelope into my rucksack, get up, scrape back the chair.  The sitting is at an end.

He looks up and smiles brightly.  I would suggest a follow-up sitting in a month.  You can make an appointment at reception.  Think about the tablets.  Goodbye.

.
Editor’s note:  Unfortunately, this is not fiction; all this happened to the author.  This website exists for the Gail Atkinson-Mairs of the world.

I do not ask who you are, that is not important to me,
You can do nothing and be nothing but what I will infold you.

To cotton-field drudge or cleaner of privies I lean,
On his right cheek I put the family kiss,
And in my soul I swear I never will deny him.

To anyone dying, thither I speed and twist the knob of the door,
Turn the bed-clothes toward the foot of the bed,
Let the physician and the priest go home.

I seize the descending man and raise him with resistless will,
O despairer, here is my neck,
By God, you shall not go down! hang your whole weight upon me.