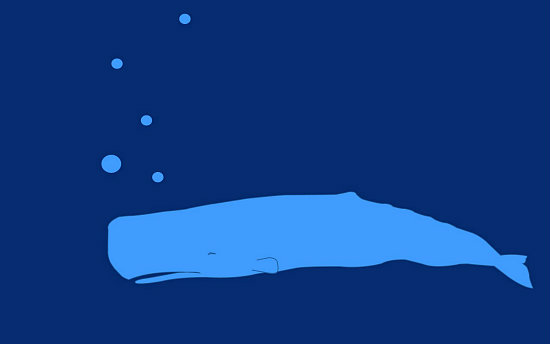 Sixty-three individual policy initiatives are employed by the UK and Scottish Governments to address the energy and climate change agenda. Mother Green and her hysteria machine successfully convinced policymakers that the unbridled deployment of renewable technologies would reduce greenhouse gas emissions. Only wind power could be rolled-out fast enough to even attempt to meet emissions reduction targets, so there are now 322 operational wind farms in the UK with another 44 under construction, 276 consented and 320 in the planning process. Over half of these wind farms are strewn across Scotland.

Groupthink—the practice of thinking or making decisions as a group, resulting typically in unchallenged, poor-quality decision-making—unquestionably drove the rush for wind and blinded by planet-saving romanticism, the environmental lobby became the mouthpiece of the wind industry. It conjures memories of Lenin, who branded Western socialists as ‘useful idiots’ when their blind ideology aided the realpolitik aims of the Soviet Union. Even politicians were duped. Opposing wind farms was ‘socially unacceptable’ according to former Climate Change Minister, now Labour Leader, Ed Miliband. Thus, the majority kept silent as green scaremongering prophesised impending doom unless we gave way to thousands of turbines.

Nevertheless, as turbines multiply, objectors are less frequently discounted as out-of-touch aesthetes, sentimentalists and nimbyists. Leading Scottish scientists have lambasted turbines built in forested areas and on deep peatland, which stores 55kg of carbon per cubic metre—three times as much as tropical rainforest. Europe’s largest onshore wind farm, Whitelee Wind Farm, was not only built on the deep peatland of Eaglesham Moor, south of Glasgow, but the Forestry Commission revealed that over 1,500 acres of forest were felled to facilitate the project. The irreparable damage caused to natural carbon sinks means that more CO2 was released into the atmosphere than would ever be saved by turbines.

Despite the huge outlay on turbines, DEFRA reported that the UK’s carbon footprint in 2009 was actually 20% greater than in 1990 and the Global Warming Policy Foundation found that a temperature rise would be postponed by a mere 66 hours by 2100 despite costing £120 billion per year in wind power investment. This damning evidence has caused many observers to predict the imminent end of the wind farm scam.

Wind energy has not, however, been completely consigned to the Gerald Ratner book of botched businesses. Developers are now industrialising our fragile marine environment with bigger, more expensive turbines that will supposedly harvest this ‘free’ resource more efficiently whilst appeasing interfering nimbyists and luddites. In reality, bigger turbines will only mean bigger environmental impacts.

Offshore wind is often overlooked, if not completely forgotten by anti-wind campaigners. Just 1,371 offshore turbines are grid connected in Europe, spread across fifty-three wind farms in ten countries, producing just 0.4% of the EU’s total annual electricity consumption. Scottish waters are yet to house any major offshore wind farms but the development of offshore wind in Scotland is set to expand rapidly as the Government strives to meet renewable energy commitments.

At a European Wind Energy Association conference in Amsterdam last November, the Energy, Enterprise and Tourism Minister Fergus Ewing announced that 15 areas of Scottish waters have been identified for development of offshore wind farms. Nowhere is safe. North Berwick, the Firth of Forth, the Moray Firth, Orkney and Shetland, the Western Isles and Ayrshire coastlines will all be transformed into vast electricity factories. Apart from the visual impacts, the financial implications for Scottish households and the destruction of many local fishing industries, the plans have worrying consequences for the marine environment.

The term ‘blue carbon’ is relatively unheard-of but its environmental importance is unrivalled. Blue carbon stores are the peatlands of the sea—natural carbon sinks that absorb and store millions of tonnes of carbon.

Every day, 22 million metric tonnes of CO2 is absorbed by the oceans. An estimated 55% of all carbon in the atmosphere which becomes sequestered in natural systems is cycled into our seas. Blue carbon ecosystems, which include seagrass meadows, kelp forests, saltmarshes and mangrove swamps, store up to 70% of the carbon permanently stored in the marine realm and Scottish waters are home to over 20% of all seagrass meadows in north-west Europe.

Despite their importance, around 2-7% of global blue carbon sinks are lost annually. The rate of loss can be four times that of rainforests. Building massive turbines near such resources will only exacerbate the damage and release huge amounts of CO2 into the atmosphere. The pro-wind lobby will maintain that most UK seagrass meadows grow in depths of 0-5 metres and therefore they won’t be affected by offshore turbines. But shallow water wind farms already exist in the UK—Gunfleet Sands, Kentish Flats and Scroby Sands wind farms all have turbines in depths ranging from 0-11m—in fact seagrass and kelp can grow in depths of up to 20 metres. In any case, the issue is that turbines can impact these ecosystems even if they are not built directly on top of them.

When excavating the seabed for the foundations necessary for turbines to stay upright in stormy seas, huge amounts of sediment will be introduced into the water column. Larger sediment will be deposited close to the turbines, smothering all life and creating a ‘dead-spot’ around the development. Finer sediment will be easily transported by unpredictable waves and currents and deposited elsewhere, often in shallow inshore waters. Ill-informed environmentalists claim that new, safe habitats will be created for marine species. But arguing that installing turbines in a stable ecosystem will increase the populations of living organisms is scandalous misinformation, akin to arguing that installing large industrial turbines in the middle of a pristine forest will somehow increase populations of birds and badgers!

Renewable energy developers are again manipulating green groupthink to industrialise our coastlines with turbines. But the accelerated transformation of our seascapes into vast, rusting electricity factories is a philosophy of fools. Arguing that the cost of inaction is greater than the cost of action may sound convincing at first, but protecting our natural carbon stores – peatlands, forests and blue carbon sinks – is priceless.

Even in the unlikely event that climate change targets are achieved with wind power, it will be a Pyrrhic victory. The Government gambled with onshore wind energy and we lost. They should not attempt to pick winners. We must find what is right for Scotland and until then, a greener future must be built on the strong foundations of energy conservation and energy efficiency.

Oscar Wilde famously said that ‘experience is one thing you can’t get for nothing’. Scotland has experienced the unrelenting imposition of wind power and it most certainly did not come for nothing. But renewable energy companies are the only ones who learnt from the onshore wind experiment. They learnt that vast sums of money can be acquired if the lucrative subsidy regimes are harvested before the anti-wind intelligencia is mobilised. They also recognised that the sound carries twice as far when someone else blows your horn and they are happy to sit by whilst misguided environmentalists fight their corner.

Green groupthink must never conquer common-sense. Where is the value in destroying some of our most important and fragile ecosystems in order to build wind turbines that will struggle to last 20 years? The lesson for everyone is that the green lobby does not have the monopoly on environmental protection. You do not need a Greenpeace membership card to care for the environment. No single person owns the environment. Each and every one of us has a duty to protect it because we do not inherit the land, or seas, from our ancestors; we merely borrow them from our children.

.
Ben Acheson is a Parliamentary Assistant to Struan Stevenson MEP at the European Parliament in Brussels