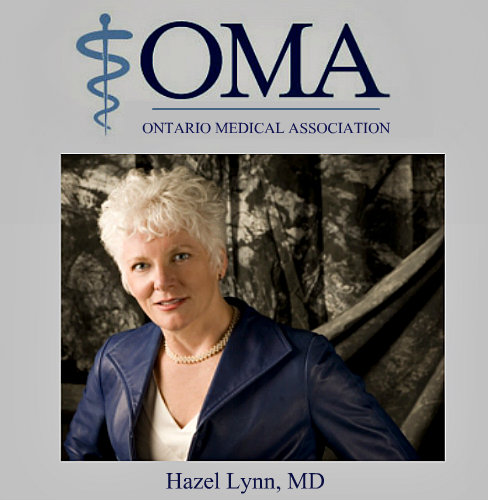 Wind turbine opponents pleaded with Grey-Bruce’s public board of health Friday to do something to help them.

Frustration was evident in presentations from two groups — one from the municipality of Kincardine and one from Grey Highlands. It’s the first time a delegation opposing wind turbines has shown up on the doorstep of the health unit, although the matter has been addressed at previous public meetings.

At one point, an emotional plea came from Norma Schmidt — one of about a dozen people in the audience. “We’re suffering terribly. It’s a disaster,” she told them. “We just can’t live our everyday, ordinary lives.”

She told the board it was their responsibility to help them because it’s a health issue.

Board chair Arlene Wright told the group she sympathized with them and that the board “has been dealing with this for three years.”

The group also had a sympathetic ear in medical officer of health Dr. Hazel Lynn, who said after the meeting that she feels their frustration. She also believes their concerns are absolutely legitimate.

“I’ve been concerned about wind turbines for a long time, and I do know people who have been affected by them,” she said. “I think it is a direct effect and not an indirect effect.”

Lynn has been asked repeatedly over the years by local municipalities and residents to do a health study, but the health unit declined because of a lack of money and resources. But even if she had the money and resources, Lynn said she couldn’t do it.

“I’ve said look, I’m not the person to do it. I’m already biased. I think these people are affected directly by this technology and I feel somewhat annoyed, to put it mildly, that the energy and infrastructure act does not allow people to have that choice of having a turbine in their back yard or not.”

The health board heard stories from Virginia Stewart Love about people suffering from severe headaches, heart palpitations, sleeplessness and tinnitus. Some are not able to work and cannot have guests come to their home, she said.

Love was representing people in the Maxwell area living near 11 turbines of the Plateau Wind Project that came online last February.

“We are looking to you, the experts and professionals charged with the protection of our health to determine what the cause or causes are of the symptoms we are presenting, and to eliminate and prevent any further harm,” she told the board.

The board heard about plans to more than double the existing 120 Enbridge turbines in Kincardine. Rachel Thompson, chair of Health Affected Residents Meeting (HARM), told the board the planned turbines are 100 feet taller than the current ones, and that some people are living as close as 450 metres to turbines.

She said she knows of dozens of people wanting out of their leases with Enbridge for the turbines on their property, which were signed in 2004.

“It’s ruining real peoples’ lives here,” she told the board.

Many people suffering from the turbines can’t move for financial reasons, she added. “They feel trapped.”

Health Canada and the University of Waterloo are both conducting health studies, but they’re still two to four years from completion. Both Love and Thompson said that’s too long because people are suffering now.

The health board passed a motion asking Lynn to review the current literature and report back to the board on what it might do.

Lynn said public health is handcuffed under current legislation when it comes to acting on environmental issues. Lynn said health hazard legislation was set up for infectious disease, “so it’s really specific for me to write orders on a health hazard that has to do with sexually transmitted diseases, tuberculosis, those kinds of things. And that’s what it was set up for. So to put that into environmental terms is very difficult.”

Lynn can force someone to be tested for an infectious disease and take the medication for it, “but it’s very difficult to do that with wind turbines.”

She expects to report back to the board in a couple of months.

After the meeting, Schmidt, who lives near Underwood, said she has been forced from her home because of the wind turbines.

“I’m very ill because of it and I’m asking them (the board) to help me and people like me, because it’s a very serious health problem. Our area has been inundated with wind turbines.”

Thompson said she was encouraged by the board’s response.

“I feel very positive. I was really impressed with the intelligent questions that came from everyone on the board, and I feel like very positive actions will come forward from today’s delegation.”