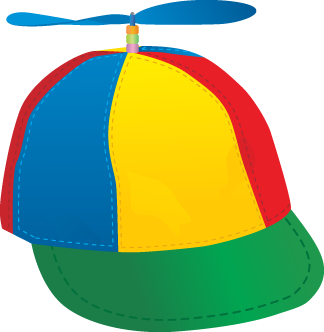 I have to start by questioning the very title. Only two of the members have any experience with wind turbines. The two (Manwell and Mills) that have wind experience are both pre-disposed to find against adverse health effects. Mills has already testified in 2009 that according to previous literature searches she performed while employed as a public health official of Maine, she found no link to adverse health affects with turbines. So we know she didn’t have an open mind.

Manwell runs the UMass Amherst Wind Energy Center, which studies and promotes the use of wind turbines. So he is also pre-disposed to find no problems with wind turbines. His academic reputation and funding depend on the wind industry and funding from the state. Hmm.

We all know what this is called: Stacking the deck.

I did notice with interest that the panel included in the bibliography the Phillips article from the August 2011 Bulletin of Science, Technology and Society. I know they must not have had too much time to read it, because the Phillips article argues convincingly that the omission of thousands upon thousands of adverse event reports from citizens affected by proximity to wind turbines is not only indefensible scientifically but dishonest and immoral to boot.

Adverse event reporting is how new diseases become identified. So ruling out first-hand self-reported health, social and economic events that occur after the arrival of wind turbines in communities across the world, basically prevents any true investigation from taking place.

You notice I use the term “true” investigation. That’s the next problem. No one in most local governments and certainly not the wind developers have created and carried out such a study, despite problems being reported by ordinary citizens all over the world.

So if I understand this whole situation correctly, the report from the Commonwealth of Massachusetts did not look at or include adverse citizen reports of symptoms from Falmouth, and then found no evidence of adverse health effects because they didn’t include the data that would form the basis of any claim to the contrary.

That doesn’t seem right to me.

What if we had collected the evidence from Falmouth residents? Why didn’t the panel gather the event reports, interview and perform tests such as EKG’s and EEG’s from Falmouth residents while they were experiencing symptoms in their homes. Those results could have been correlated with the results of turbine and wind speeds, noise levels and infrasound data. That’s what the citizens of Falmouth asked for from the town, the developers and the state.

Instead, the state picked a secret panel that met a total of three times. They only reviewed literature and further seem to have been pretty selective about what they reviewed. The Phillips article is just one of the articles in the August 2011 Bulletin of Science, Technology and Society, yet the entire issue is devoted to the problems with wind turbines, noise (including infrasound), public health and social justice. But for some reason they only looked at the Philips article. Why not also look at the articles written by Bronzaft, Krogh, Shain or Thorne?

Not once was the suggestion ever made that perhaps the evidence of adverse health effects could and should be looked at in a cumulative way. Yes, perhaps one study has its limitations, but put that study in context of other studies and, well, just think if the “study” had included adverse health events and testimony from the good citizens of Falmouth; it might have been hard for the panel to come to the conclusions it did.

I think we should be clear that we are asking a small part of the Fairhaven community to bear the potential health, economic and social costs for the presumed, although as yet also unproven, good of the greater Fairhaven community. I don’t think that’s fair. Shouldn’t the state and wind industry be required to prove that wind turbines are not harmful to neighbors, not demanding that neighbors prove to DEP and DPH that they are being harmed, as in the case in Falmouth? They should also be required to indemnify neighbors to turbines from health harm, property value loss, safety concerns, etc., and guarantee to compensate neighbors should anything adverse happen to them from the turbines.

And I certainly don’t think this report proves anything. All this report has done has insulted the intelligence of anyone who has done their homework, and the integrity of anyone who has reported health symptoms from proximity to wind turbines. I guess that’s why citizens from Falmouth went to the Statehouse this week to complain about the so-called “study.” I wish I had gone with them.