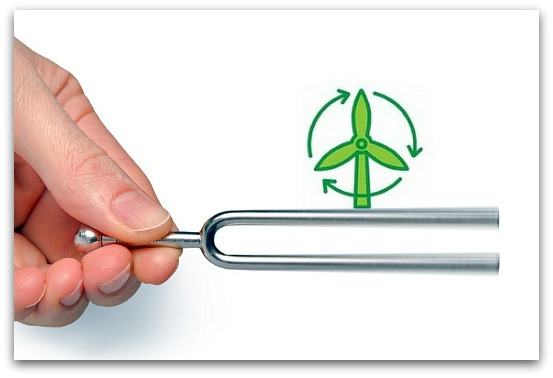 Editor’s note:  This image was added by WTS.com

The Ministry of Defence (MoD) is blocking plans for hundreds of wind turbines because it says their “seismic noise” will prevent the detection of nuclear explosions around the world.

The MoD claims that vibrations from new windfarms across a large area of north-west England and south-west Scotland will interfere with the operation of its seismological recording station at Eskdalemuir, near Lockerbie. The station listens out for countries secretly testing nuclear warheads in breach of the 182-nation Comprehensive Test Ban Treaty.

At a meeting today, Carlisle council rejected the latest application for six wind turbines at Hallburn Farm, near Longtown, because of the MoD’s objections. The noise from the turbines would increase interference to an unacceptable level, the MoD said.

The company that made the application, REG Windpower, warned that plans for many other windfarms in the area were similarly affected. As much as one gigawatt of renewable power was being held up by the MoD, the company told the Guardian.

This is equivalent to about a quarter of the UK’s current onshore wind capacity, and could make an important contribution to meeting UK targets to cut the pollution that is causing climate change, REG Windpower argued.

But according to the MoD, the swishing blades of wind turbines cause vibrations in the ground that can be detected by the sophisticated monitoring equipment at Eskdalemuir. The UK has an international obligation to protect the operation of the station to help prevent the spread of nuclear weapons, it said.

An expert study for the MoD concluded that although the station could cope with some seismic noise, increasing this beyond a certain level would cause interference. The limit has now been reached so the ministry is objecting to every new wind turbine within 50km of Eskdalemuir.

This has generated frustration among wind power developers because the area has many attractions for them. It has good wind speeds, is sparsely populated and is close to centres of electricity demand.

But REG Windpower’s development director, Matt Partridge, was hopeful of a breakthrough in finding a technical fix for the problem. “We’re optimistic there will soon be a solution,” he said.

One idea is to hang weights like pendulums inside turbine towers to deaden the vibrations from the blades. The MoD promised it would reassess its opposition if there were a proven technological solution.

Eskdalemuir was a “unique facility in the UK”, said an MoD spokesman. “It detects and accurately interprets seismic signals worldwide to detect nuclear explosions and deter the proliferation of nuclear weapons. Wind turbines can affect the readings.”

He added: “The MoD would not object to a planning application without due reason. Objections are only raised where such action is considered vital to adequately protect MoD interests.”