Editor’s note:  The following is the submission by a man named Paul Thompson to the Australian Federal Senate hearing on the Social & Economic Impacts of Rural Wind Farms.  Mr. Thompson lives across the road from a wind farm substation (power collecting station, which then sends the power on to the grid).  The turbines, themselves, are (I believe) several miles away.  How much of his Wind Turbine Syndrome is owing to the substation and how much to the turbines themselves—I have no idea.

I reside in the township of Amaranth in the County of Dufferin in the Province of Ontario, Canada.  I have lived for 5 years (on February 16, 2011) with a Commercial Electrical Substation (T/S) energized 360 meters (1,181 feet) from my home, which provides the provincial grid connection for a 199.5 MW industrial wind turbine facility.

I was born on this “97-acre more or less” rural property 47 years ago and severed off a 1 acre parcel in 1989 and built my current home from the ground up. 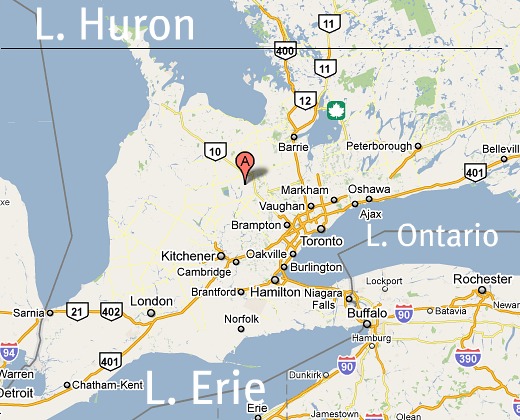 I have included excerpts from my daily diary in an attempt to help demonstrate to you the adverse effects imposed on my body by this installation. I have been renting other accommodations to sleep in at night since May 1, 2009, and driving to and from daily, thereby increasing substantially the financial encumbrance and wear and tear on my vehicle and my person.

I have been to my family doctor and have exhausted the headache, tinnitus testing regimen of my physician, including a MRI, CT scan, neurologist and a pain management clinic, etc.

The conclusion reached by the medical profession after all of these tests seems to be that the problem is not with me. The “pain management clinician” told me “this is my shortest diagnosis ever.  You already know what the problem is.  What are going to do to move out?” 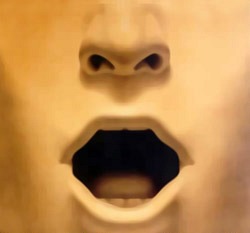 An example from my diary of my worst day yet to occur on my property:

» Arrived home at 6 am OK. (I discovered last October what I have been calling OK in my diary for years is just what has become a “normal” amount of adverse effects to me, this I determined after spending two days in a secluded cabin in the woods with electricity.  It is possible, in a “clean” location, to enjoy no ringing in ears at all and not even a slight headache.)

» By 6:30 am could easily vomit, wickedly dizzy, nauseous, medium headache, and diarrhea.

» By 6:45am felt really rotten (vomited twice) after having one bite of a waffle for breakfast, which I threw up almost instantly along with a sip of my morning coffee before I left the house for outside (being outside usually helps to alleviate symptoms) at 7 am.

» By 7:30 am condition has worsened.  It is unsafe (extremely dizzy) to drive to leave here, so I lay down in my pickup in the front yard (where I parked it on coming home, unfortunately, between my house and T/S—I had to move very slowly to avoid falling and vomiting) until 12:20pm.

» Entered house for lunch (unsuccessful).  Still same symptoms as above except now I have progressed to a wicked headache.

» In house I could hear an “electric motor running” type noise coming from the T/S. (This happens on occasion, may be the low frequency noise aspect affecting my brain?)

» In house until 1 pm.  Struggled outside to truck parked in front yard till 3 pm.  By then felt capable (vision cleared to the point of being able to see and feel well enough to drive around house and shed, hopefully without hitting it) of moving the pickup to back yard out of view of passersby (two visitors came by while parked in front yard; it’s hard to talk when this sick without vomiting) and behind shed hoping, that with the house and my shed behind house blocking “line of sight” to T/S, I might feel better. Stayed there until 7 pm. By then symptoms had backed off to slight headache and medium ringing in ears (almost “normal”).  Other symptoms have backed off as well.

» Entered house.  By 7:20 pm back to medium headache and slight ringing in ears, almost diarrhea, had something to eat (first time today it stayed down) by 9:30pm, when felt semi-safe to drive to leave here—I could easily vomit again.

» By the next morning on awakening at 6am, all is well again.” 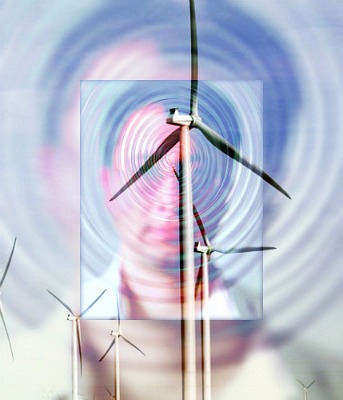 An example of a good day:

» By 8:40 pm it had progressed to medium ringing in ears and medium headache

In my opinion the reason this is an example of a relatively good day is the fact I spent less than 4 hours on my property in three batches of time, separated with a “detoxification” period in between.

An example of an average day:

» An average day usually starts out with no issues (OK) while sleeping elsewhere. On entering my home (on many occasions when unlocking the door) I have up to a maximum of 17 minutes in the house, if I’m lucky, before ringing in ears at various intensities and headache at various intensities starts, interspersed on some days with alternating bouts of nausea, vomiting, diarrhea, dizziness, occasional chest tightness (plus stiff, seized limbs, if I spend too much time in the house or sleep here), short-term (new) memory loss.  (Just yesterday, in a restaurant, I had decided what to order and asked the lady with me to order first. By the time she was done ordering chicken fingers and a drink, I had totally forgotten what I wanted to order.  How embarrassing!) This problem [memory loss] seems to linger (based on conversations with people who are no longer exposed and haven’t been for years), and in my case it seems to be getting worse. 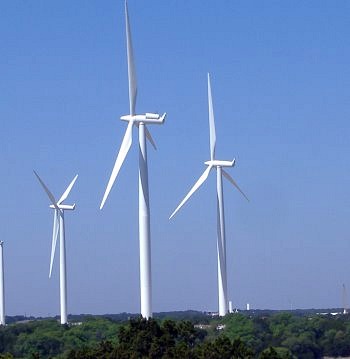 In short, I know something bad will happen every day I reside on my property.  The only variables are which symptoms, besides the headache and ringing in ears, how bad, and how long will they last.

I have learned to spend as little time as possible on my property, as it is the only sure way to prevent or alleviate my symptoms.

I have found no “pain killers” that work, and my doctor tried me on many different ones before I discovered the “cure” for my headache was to essentially abandon my property as much as possible.

I have had several persons (some of which had never been on my premises before) visit my home.  Ninety-nine percent of them left in 5 to 30 minutes, either with a feeling of tightness in their chest or a headache, or both.  Some have also experienced the ringing in their ears. All these symptoms dissipate for them within an hour or so of leaving my home, depending on how long they have been visiting.

I also have had on some occasions a severe problem with an audible hum emanating from the T/S (distinctly audible inside the house with doors and windows closed, wearing 27 dB noise reduction rated ear protection).

In my opinion, the reason the hum is such a problem is the fact that the Ontario Ministry of the Environment (MOE) decided that a noise level of 40 dBA on the A-scale was an appropriate level for a rural area at night, when in fact, during short term testing at my property by a qualified acoustic consultant at approximately 2 am, the noise level was 16 dBA.  An increase in noise level of 20dBA is accepted as a minimum of a 4-fold increase of the noise level to the human ear—an increase in “power level” of well over 100 times. This is due to the logarithmic scale used to measure noise levels. 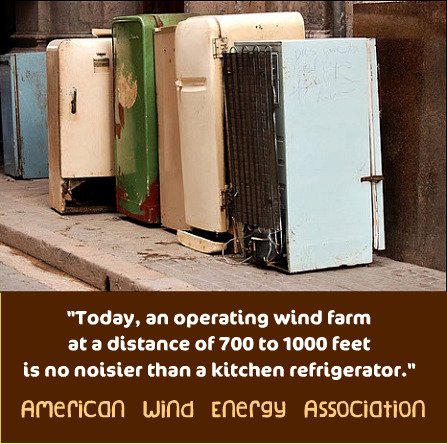 Another way of putting this is to quote the wind developers’ mantra:  “40 dBA is no louder than a library or a refrigerator.” The World Health Organization (WHO) has determined that the difference in the noise level between inside and outside a home (even with windows open) will be approximately 15 dBA. According to a noise level comparison chart on the Internet, 0 dBA is regarded as the threshold of hearing, 10 dBA is a sound-proof room, and 20 dBA is the equivalent of a recording studio.

If we factor in my 16 dBA outside, minus WHO’s 15 dBA reduction, I have essentially been forced from a room at almost the threshold of hearing (1 dBA, 9 dBA quieter than a “soundproof” room), to a room in a library with a refrigerator in it when the T/S was first energized. This demonstrates the “flaw” in the audible portion of the MOE noise guideline.

I have tried 3 times to have the guideline revised. All were refused. The guideline also makes no attempt to address low frequency noise, or Infrasound, which I fear may create even larger problems at by these rural installations.

I trust no one reading this submission would willingly accept an increase in the noise level of 4 times as loud to the ear where they attempt to sleep at night. Bear in mind, this could very well be non-stop, 24/7, for potentially the rest of your life, or until you can’t stand it any longer and move away.  Or, as I have been forced to do, rent other accommodations in which to enjoy a night’s sleep with all the attendant expenses thus incurred.

I have attached the decision rendered (September 12, 2008) in my case by the property tax Assessment Review Board (ARB), as an example of the impact of wind development on the municipal tax base and the ratepayer (me). (Thanks to the detriment across the road, I believe my property is not salable.  A clause in the real estate law in this province states you must reveal to a potential buyer any detriments to your property or face legal repercussions.)

This decision represents a 50% loss to the municipality, possibly a complete loss of value to the ratepayer. Since the rendering of this decision, the T/S has been expanded to double its size. I will be appealing once again to the ARB in 2012. 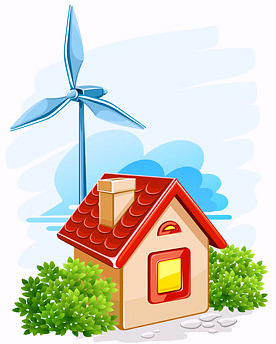 After reading the above letter, ask yourself, How much would you be willing to pay for my property?

The more important question: How many of your fellow residents are you willing to force to endure this situation or one similar, possibly worse, in the name of unproved to really be “green” energy?