Is this Vibro-Acoustic Disease? (Germany)

Marco Bernardi and his wife Jutta Reichardt have been living next door to wind turbines (Schleswig-Holstein, Germany) since 1994.

The Wind Turbine Syndrome symptoms started soon after the initial 3 began operation.  By Marco and Jutta’s account, the symptoms have markedly worsened over time.  (The following is an imperfect, digital translation.)

Recently, Nina Pierpont was notified by Marco that Jutta is now hospitalized with tissue damage which Nina suspects the Vibro-Acoustic Disease (VAD) research group in Portugal (Castelo Branco and Alves-Pereira) might well diagnose as VAD—from the turbines. 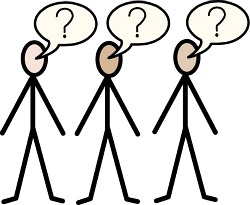 Readers should understand that Wind Turbine Syndrome is not the same as Vibroacoustic Disease.10 I say this because the two are often equated in the popular media. The proposed mechanisms are different, and the noise amplitudes are probably different as well.

Wind Turbine Syndrome, I propose, is mediated by the vestibular system—by disturbed sensory input to eyes, inner ears, and stretch and pressure receptors in a variety of body locations. These feed back neurologically onto a person’s sense of position and motion in space, which is in turn connected in multiple ways to brain functions as disparate as spatial memory and anxiety. Several lines of evidence suggest that the amplitude (power or intensity) of low frequency noise and vibration needed to create these effects may be even lower than the auditory threshold at the same low frequencies.

Re-stating this, it appears that even low frequency noise or vibration too weak to be heard can still stimulate the human vestibular system, opening the door for the symptoms I call Wind Turbine Syndrome. I am happy to report there is now direct experimental evidence of such vestibular sensitivity in normal humans.11

Vibroacoustic Disease, on the other hand, is hypothesized to be caused by direct tissue damage to a variety of organs, creating thickening of supporting structures and other pathological changes.12 The suspected agent is high amplitude (high power or intensity) low frequency noise. Given my research protocol, described above, my study is of course unable to demonstrate whether wind turbine exposure causes the types of pathologies found in Vibroacoustic Disease, although there are similarities that may be worthy of further clinical investigation, especially with regard to asthma and lower respiratory infections.

Extreme WTS can, it seems, cross the line into VAD.  At least this is Nina’s hunch, from conversations with the Portuguese VAD research group and her reading of the VAD literature.

Nina’s concern is that Jutta Reichardt has perhaps crossed that line. 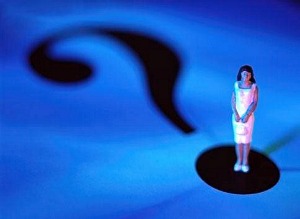 Watch the video, below, made by Marco & Jutta last fall, I believe.  (Be sure to turn up your speakers; the native volume of the video is exceptionally low.)