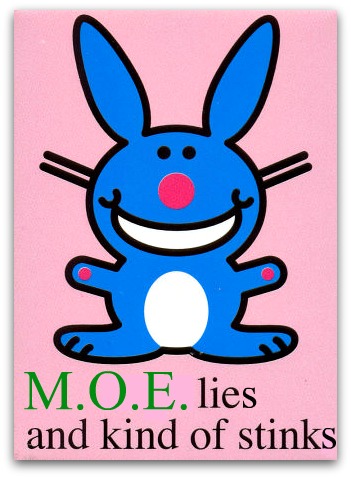 This image was not included in the original article—Editor

Ontario’s Ministry of the Environment (M.O.E.) is logging hundreds of health complaints over the province’s 900 wind turbines but has downplayed the problem, according to internal ministry documents obtained by CBC News.

According to 1,000 pages of internal government emails, reports and memos released under Ontario’s Freedom of Information Act, the government scrambled to figure out how to monitor and control noise pollution. 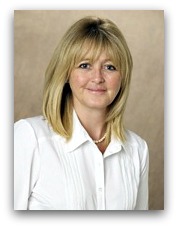 The documents were released after a lengthy and costly battle waged by Barb Ashbee. Ashbee and her husband Dennis Lormand say they suffered a series of ailments after wind turbines began operating near their home in Amaranth, near Shelburne, northwest of Toronto. The area is now home to 133 wind turbines—the largest industrial wind farm in the province.

After being told theirs was the only complaint in the area, Ashbee and Lormond learned that M.O.E. officials at the Guelph District Office had been tracking more than 200 complaints dating back to 2006 when the wind farm first started operating.

Their home was bought out by Canadian Hydro Developers (now TransAlta) in June 2009, one of six homeowners who sold their houses to the utility company.

Each seller had to sign confidentiality agreements. But the Lormands have risked legal repercussions by breaking their silence and speaking exclusively to CBC News this week. They said they want to warn the public about what they claim are the dangers of living near wind turbines and the supposed breakdowns in government monitoring.

“We were silent. I wouldn’t say boo to anybody. But the longer this goes on, nobody’s doing anything! And now we have an (Ontario) election two weeks away. Nobody understands what’s going on out here.”
·

“It was terrible—we’d go nights in a row with no sleep,” said Ashbee. “It was a combination of the loud noise—the decibel, audible noise—and also this vibration that was in the house that would go up and it would go down.”

The couple moved into their home in December 2008 just as the wind farm became operational. But they said they immediately noted a loud swooshing noise from nearby turbines and a persistent, unexplained hum resonating in their home.

Ashbee said she called the power company and the environment ministry night after night and was initially told by government enforcement officers that hers was the only complaint in the area.

“We were told [the wind company] was running in compliance, that there were no problems.

But she said the Ministry of Environment was misleading her, and that there had been hundreds of complaints.

Acccording to the documents, government staff downplayed the problem while scrambling to understand and control wind turbine noise pollution.

According to the documents, M.O.E. field officer Garry Tomlinson was slow to process Ashbee’s noise complaints. But he began trying to conduct his own noise monitoring tests when confronted with many more complaints and consultants reports by Canadian Hydro Developers that revealed noise violations.

Tomlinson consulted acoustics specialists at Ryerson University and within the M.O.E. He concluded and warned his supervisors that the ministry “currently has no approved methodology for field measurement of the noise emissions from multiple [turbines]. As such there is no way for M.O.E. Field staff (and I would submit anyone else) to confirm compliance or lack thereof.”

Tomlinson also gave a tour to two assistant deputy ministers Paul Evans and Paul French on May 1, 2009, advising them of the problems they were encountering.

Ministry officials at the Guelph office, including manager Jane Glassco, attended community meetings in Melancthon and Amaranth townships in the summer of 2009, where Glassco acknowledged people were “suffering” and that many were claiming to have been forced out of their homes due to noise pollution.

By 2010, other staff at the Guelph office were warning officials at the ministry headquarters in Toronto that the computer modelling used to establish Ontario’s wind turbine noise limits and safe “set back distances” for wind turbines was flawed and inadequate.

Cameron Hall a fellow field officer at the M.O.E. in Guelph wrote to his managers warning that the province was failing to properly account for the “swooshing sounds.”

CBC News presented some of the ministry documents to Ramani Ramakrishnan, a Ryerson University professor and acoustics specialist who has written several reports and conducts noise pollution training for M.O.E. staff.

Ramakrishnan has recommended to the M.O.E. that wind turbines in rural areas should have far stricter limits but says if the province enforced the regulations—it would have a major impact on wind farms around the province.

“First implication,” Ramakrishnan says, “is that the number of wind turbines in wind-farms would have to be reduced considerably and wind-farm developers would have to look for localities where they are not impacting the neighbourhood.

“A five-decibel reduction in acceptable noise is quite noticeable and perceptible” and the M.O.E. field staff are recommending up to 10 decibel reductions in some cases.

Ashbee, who is returning to her old job as a real estate agent, said there are several people near turbines who won’t speak for fear that their land values will go down.

“It’s our government that backs it up. It’s the government that’s making people sick and forcing them out of their homes. And it’s all being suppressed.”

CBC News repeatedly requested an interview with Ontario’s Environment Minister John Wilkinson, who is also engaged in a provincial election campaign seeking re-election as MPP for the riding of Perth-Wellington. Those requests were denied.

TransAlta, who took over the company that bought out the Ashbee-Lormand home, told CBC News in a statement that such confidentiality agreements are standard, designed to protect the privacy of both sides. Neither the company nor the couple would discuss the $300,000 price listed on local land registry records as being the amount for which the couple’s home was transferred to the power company.