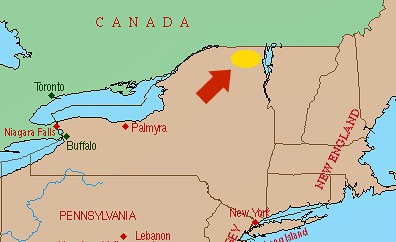 .
On the night of Dec. 7, I drove through some very thick fog. As I traveled state Route 190 from Ellenburg to Brainardsville, my fog lights illuminated one of the grizzliest scenes I have experienced. I counted 15 bloody, mutilated corpses of snow geese spread out over several miles.

I counted only those on the road, because those were the only ones I could see due to the heavy fog. I do not know how many more were spread across the yards and crossroads.

Shortly after passing state Route 374, I noticed there were no more dead birds. I only saw the dead birds as I drove near the wind turbines.

The big corporation and landowners who stand to make large sums of money putting up wind towers of monstrous heights in the towns of Hopkinton and Parishville, NY, keep telling us that the towers are safe.

The wind industry propaganda says that windows kill more birds than wind turbines. How many geese have flown into your windows? I can’t say I have ever known that to happen.

But I do know that last night a whole flock of geese flying over the woods and farms their ancestors have always traveled were smashed, battered and thrown to their death.

I can only pray that no humans were injured when the falling dead geese struck them or their vehicles.

.
Editor’s comment:  I posted this letter with misgivings.  It happens that I live near this wind plant.  I know the road Kelly traveled.  I am familiar with those turbines.  I am also a close watcher of geese and their ways.

We have had thousands of snow geese here this autumn.  Last week they seemed to be starting their migration south.  (They stop-over in Franklin & Clinton counties for weeks, tanking up on corn.)

Back to Kelly’s account.  It’s nighttime.  (Geese are not walking across roads at night, at least not in Franklin & Clinton counties.)  It’s foggy.  (I drive these roads all the time; I’ve never seen geese walking across roads at night in a fog.  Deer, yes.  Not geese.)  Fifteen mutilated corpses over several miles—miles of 2-lane road corresponding to the location of the turbines, which are several hundred feet from the road.

Considering the size of a snow goose, the height of the blade above ground at impact, the tremendous speed of the blade (approaching 200 mph at the tip), the geometry, aerodynamics, width of the blade and how the blades happened to be “feathered” that night—and considering that turbine blades can hurl chunks of ice approx. 1700 feet—turbine collision is in fact a reasonable explanation.

I had Dr. Pierpont read Kelly’s account, and she is adamant that turbine “strikes” are a reasonable explanation for what Kelly witnessed.  (Pierpont did a PhD at Princeton in Behavioral Ecology, studying bird behavior, then writing a doctoral thesis and publishing on the same.  She followed that with a year post-doctoral fellowship in Ornithology at the American Museum of Natural History, NYC.  She & I spend our vacations “birding” hither and yon across North America, from the Pribilofs to Newfoundland to the Everglades to New Mexico’s Bosque del Apache.  In sum, she’s pretty savvy about birds and bird behavior, and she’s got a good sense of wind turbines.)