·
“I couldn’t stomach the hypocrisy of working for a business sector which was so dishonest with the public.”

Editor’s comment:  A wind developer with a conscience!  Mike Haseler, who describes himself as once a prominent wind developer in Scotland, bailed out of the business because of its sleaze.  Hooray for Mike!  Maybe he could start a mass exodus? The following is from Mike’s blog.  Write him a note and congratulate the man!

·
This is the blog of Mike Haseler and what you may wish to know about me is:

·
» I studied physics, electronics and some philosophy at St. Andrews University.

» I have an MBA from Strathclyde.

» I am studying archaeology in Glasgow.

» I worked in a variety of industrial manufacturing companies in which I worked on a large range of projects controlling or monitoring temperature.

» In the process I learnt Danish in order to “understand the competition” and in the hope of doing business with the main wind companies in Denmark.

» I was selected as a Green candidate for the Scottish Green party in 2003, but decided not to stand when the first candidate on the list refused to support our local hospital.

» I worked in the wind “industry” in Scotland erecting weather monitoring equipment and was well known in Scotland at the highest level. I eventually took the decision to leave after I accidentally informed a farmer that a wind farm was going to be built next to them. 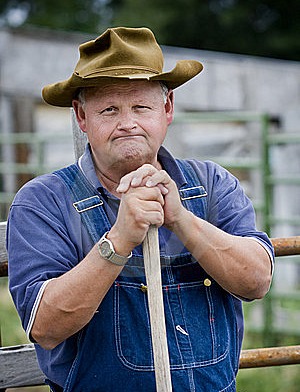 I still remember their absolute horror!  I couldn’t stomach the hypocrisy of working for a business sector which was so dishonest with the public.

» I am proud to have once stood as a Liberal Democrat councillor and doubled their vote receiving a massive 208 votes!

» I am proficient in dozens of programming languages and now write PHP/MySQL websites as a hobby.

» I am an agnostic on man-made warming, a sceptic by scientific training and disgusted with so called climate “science” which isn’t science as I was taught it.