·
The residents of the Blayney Shire by now are well aware of the wind turbine project at Flyer’s Creek that is currently before the New South Wales Department of Planning for final approval.

Forty-four wind turbines (as high as the Sydney Harbour Bridge with wing spans equal to the height of the present Blayney wind farm turbines) are proposed for the area. Anyone who has seen the wind turbines in the Gunning area will have some concept of the enormity of these structures envisioned for our shire by Infigen Energy. 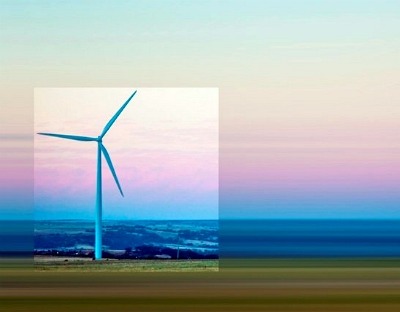 There are many aspects of this project that are of concern. Wind turbines are not only ugly, the most expensive form of renewable energy with poorly constructed contracts and a limited life span, but they may very well represent a significant health hazard to our residents.

For some years, now, wind turbines have been hailed as the panacea for clean, renewable energy production, and their construction has been enthusiastically embraced by many countries, including Australia. It is only now that health implications are being recognised. Experience around the world, including Canada, USA and Europe, is raising questions that have yet to be fully answered, and some countries are now sufficiently concerned to cease wind turbine construction in closely populated areas.

Claims are being made that infrasound frequencies created by turbines are producing a suite of symptoms in people living in close proximity to wind turbines. These include but are not limited to headaches, insomnia, feelings of confusion, middle ear problems, nausea, tinnitus, tachycardia and panic attacks. The results of these small but alarming indicative studies and surveys are sufficient to raise serious doubt about the present continuation of turbine construction. Although it may be argued that these symptoms can be found in populations not subject to the effects of wind turbines, there is enough evidence to mandate formal research.

This can only be done by properly designed trials involving significant cohorts of people—both affected and unaffected. Considering the ramifications of getting it wrong, this seems to me to be a small request. Funding must be made available from the wind generating industry to pay for this research as a matter of urgency. For the industry and government to ignore this potential hazard would not only represent a callous disregard for its citizens’ safety, but reprehensible ignorance of the potential for compensable litigation.

Questions that need to be addressed include:

1. What are the provable health effects of wind turbines?

2. What sections of the population are likely to be most affected (for example, children or the aged)?

3. What is a safe distance for people to live from turbines before they suffer adverse health effects? Victoria has recently legislated a 2 km buffer zone, but there are indications that this buffer zone may need to be greater, of the order of 10 km.

We need answers to these questions before any development application is approved. Construction of wind turbines (particularly in more populated regions) should have a moratorium placed on them until we know more about public health effects. This is called the “precautionary principle,” and one well known to scientists and civic planners.

After all, should construction of wind turbines go ahead, in the full knowledge of possible adverse health implications and without resolving any of these questions, then the energy companies that build and operate them and the governments that permit them will only have themselves to blame if in later years compensational action is brought by those people whose lives and health have been significantly and adversely effected. 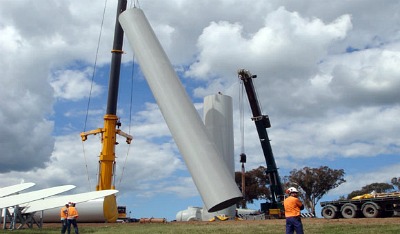 I understand that, for many farmers, the wind turbines represent an opportunity for an immediate cash injection, but farmers also know they are only the temporary custodians of the land they occupy.  And as tempting as a quick cash return may be, a wind farm represents a permanent scar on the landscape, and may prove to be a very foolish decision.

Surely a delay in construction till the research is completed is not too much to ask? Surely the health of Australian citizens should be of greater concern than the temporary delay of the profits of an energy company and their shareholders?