“What do you say when you find him hanging on the turbine fence with a [self-inflicted] .357 round in his head?” (Massachusetts)

Editor’s note:  The following anguished letter was written Christmas Day by Barry Funfar to the Falmouth, Massachusetts, Board of Health.

As I write this, sitting at my desk looking out over my snow-covered woodland garden in the rear of my property, I also have a clear view of Falmouth’s Turbine #1 and the huge red crane that is assembling Wind Turbine #2. Every window on the back of my house has a great view of the Falmouth Industrial Park turbines.

I have a feeling of being overwhelmed by these machines. Nobody deserves to be subjected to this torment. Nearly every waking hour is spent being aggravated by it or aggravating over what to do about it, or medical appointments because of it, or talking to people calling me about it or who come to my house to see it for themselves, or meetings to do with it, or Internet exchanges dealing with it, or seminars and symposiums on it, or reading articles and books about it.  All this on top of my investing nearly $7000 fighting my own town over it.

I want my life back, and I am more than willing to fight for it. Persistence pays. The town sewage odor issue took 20 years. This is no less important to me. This is a matter of basic human rights. I learned one thing with the sewer issue:  that town officials are not forever. Replacements can be seated soon enough, and not all people are mindless.

This is Christmas Day. What is so outrageous about wind turbine nuisance is that it continues each and every day. Christmas, Thanksgiving, every holiday, every special occasion. It takes zero time off from annoying people. It is a negative mood setter. Have friends over for a cook-out:  no one likes this noise.  Some of us are driven insane by it. What otherwise could be a perfect day in the garden becomes a day of resentment and anger towards the town and another fist full of pills taken for depression, anxieties, and hypertension.

Thank you for the opportunity to speak at your Board of Health, December 20th, meeting. I do not agree with one board member’s analogy of wind turbine noise vs. botulism, and how the one affecting everyone and the other only some people makes the wind turbine detriments more complex to deal with.   What about blade and ice throw?  There is a proper, safe distance to setback even though the ice or blade would not hit everyone.

Actually “the hit” of ice or blade would affect fewer people than the noise does. Just because the victim would bleed from the physical hit does not lesson the impact on the victim who is suffering from noise induced anxiety, depression, and pain.

What do you say when you find him hanging on the turbine fence with a .357 round in his head?

You are responsible for the the health of all the citizens of Falmouth, including the ones who are sensitive to the noise, shadow flicker, strobe lights, and whatever other annoyances are caused by wind turbines or anything else in Falmouth. Your list of duties clearly includes noise. The U.S Environmental Protection Agency says that “noise is a significant hazard to public health,” and finds that an absolute noise limit fails to adequately protect the public health.

Many communities have adopted a rule that adequately protects the public health by establishing a relative standard that limits the noise caused by the operation of a wind energy system to no more than 5dBA above the ambient noise level (as measured at any point on property adjacent to the parcel on which the wind energy system is located). The Falmouth boards should have been looking into this back in 2004 when the wind turbine was being proposed. There was plenty of information back then to realize the detrimental effects of industrial wind turbines when sited too close to populations. The wind industry disclosed only the bright side of the picture.  Town officials either had their eyes closed or outright just “hoped” that things would turn out okay.

Not enough research was done, or at least not heeded.  The town took a huge risk, and now the consequences must be faced.

You dither around wasting time. You do not need peer reviewed studies from Canada or Denmark or Australia to prove to you the detrimental affects of industrial wind turbines on human beings. You have your own neighbors living right here, in Falmouth, whom you can speak to in person. 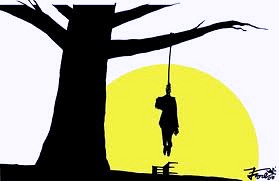 We are suffering right here in Falmouth in real time!  After every meeting, when the turbine issue is yet again postponed, we hear Neil Andersen and Colin Murphy cry out “What am I supposed to do until then?”

I have received several calls from Alfreda Wring, who lives on Dove Cottage Road in Falmouth. She says I described the noise perfectly in one of my (local) newspaper letters, and says how distraught she is over the noise of the wind turbine.

One could not make up her story. She complained to her doctor that she could not sleep because of the turbine sound. He told her to get earplugs.  Then, while she was attempting to put them in, she tripped on her bedspread, fell, and broke her hip.  That resulted in her having to go into a nursing home.

Then t+here is John Ford, who testified at a Cape Cod Commission hearing how terrible the noise is for him at over 3200 feet from Falmouth’s turbine #1. Look at this list, and think about it:

And this list of harmed and suffering Falmouth citizens continues to grow. Turbine 1 is still in its first year of operation and Turbine 2 has not yet begun to operate. And just wait until the actual tax bills are mailed out.  People will not have to be bothered by a medical ailment to claim a tax abatement over the proximity of the wind turbine.  Falmouth will lose more in tax revenue than it gains in electricity generation.

And what has the town figured into their bottom line to offset vandalism? This is a huge problem anywhere these machines are forced into peoples backyards. There is a reason many European countries with more than two decades of experience with industrial wind turbines have now implemented regulations requiring setbacks of 1 to 1.1.5 miles.

It is an obvious fact that some of us are more sensitive to the particular character and quality of the sound generated by the turbine. This has been observed in many studies and been amply re-confirmed by many of us abutters of Falmouth’s wind turbine. If I were the only affected person, I would simply pack up and move away.  But there are many others. We have been clearly violated; our quality of life, our well being, our physical and mental health has been adversely affected.

The town will not alleviate this problem by shutting the wind turbines down between midnight and 3AM, when the wind is supposedly over some certain speed.  This is the town’s mitigation recommendation to date. (Further aggravating this is Acting Town Manager Heather Harper, when she berates us complainers for undermining the financial viability of her pet project.) Fact is, I am bothered in the daytime, others are bothered at night, some are annoyed 24 hours per day.

I am 64 years old. I have been happy, sad, depressed, suicidal, at war, at peace, and everywhere in-between. This town is driving some of us crazy. (I am enclosing an article that is one of the best I have seen as to why there are such wide differences in perception of wind turbine noise.)

We have real issues. We have been harmed. Nothing is being done. At the very least these machines need to be shut down until a final solution is made.

This is ludicrous! This is local government at its stupidest!

Megan Amsler, in a recent Falmouth Enterprise article, highlighted areas in town where (energy) efficiencies can be raised, and pointed out that one such area is the current wind turbine which has been shut down at various wind speeds and times of the day to address noise concerns from neighboring residents. She says this has cost the town roughly $35,000 in generation—as though the noise problems we abutters experience are only an impediment to the town’s financial bottom line. On the contrary, that wind turbine should not be in the town’s finances! It was built without the necessary special permit, sited irresponsibly, and is being operated with no regard for many citizen’s rights or well-being. Were it not for the ‘green communities’ hysteria, we would not be in this predicament.

The 1.65 MW turbines are too big for their site.  Houses are too close.  The homes were here first, some over thirty years. Our environment has been changed from a peaceful community, to being severely bothered and annoyed by an industrial power plant.  How simple is that to grasp?  Shut the turbines down and move them to a proper site.  Everyone knows this!  It’s time for the town to throw in the towel and admit a mistake was made.  Call it a day.  Sell them before everyone catches on and realizes the inefficiencies of wind power.

Persistence and “what is right” will win this issue.  I have no doubt as to the outcome.