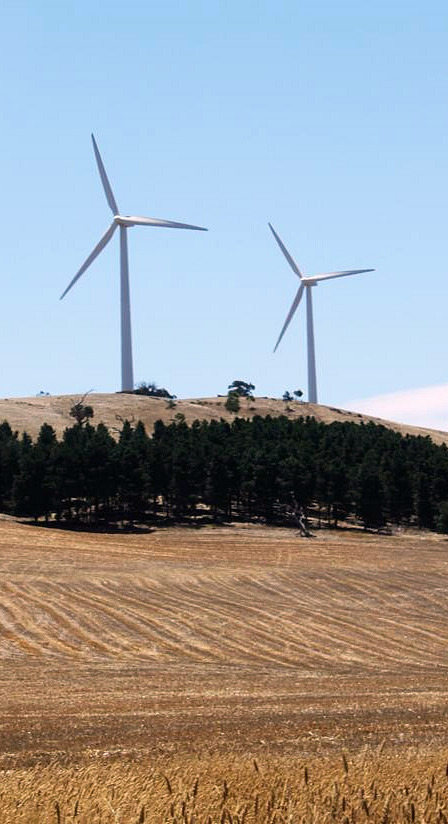 About 80 wind farm opponents gathered in western Victoria yesterday to discuss the health effects of wind turbines.  The meeting at Evansford was organised by the Pyrenees Landscape Guardians. 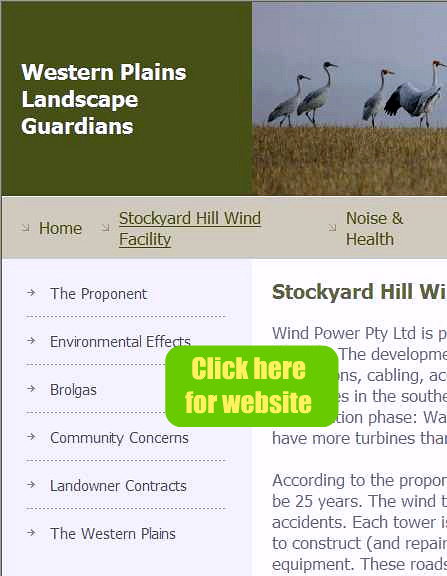 A group of people living near the Waubra wind farm, west of Ballarat, say the turbines generate a low frequency noise which makes them feel sick.

The group’s Maggie Dickson says people feel like they are not being taken seriously.

“When you start saying these are not a good thing, everybody says that you’re an idiot and you’re jealous . . . and today’s a feel good day for the people who have been trying and trying to say, there is something horribly wrong here and we need to do something about it,” she said. 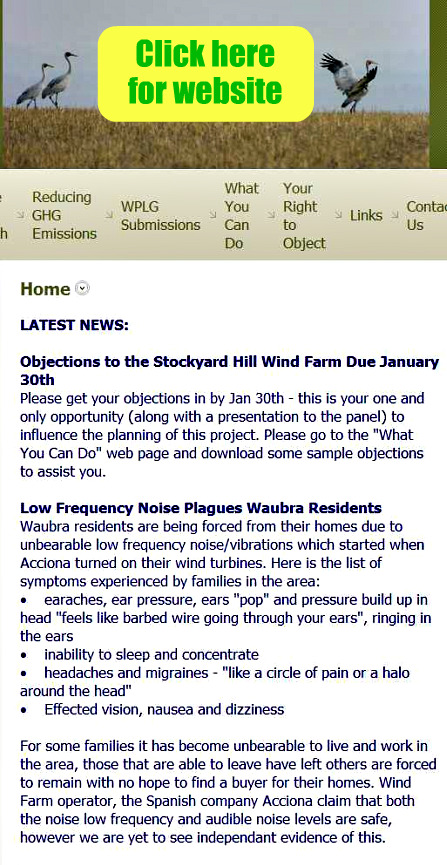