Our wildlife have disappeared (Wisconsin) 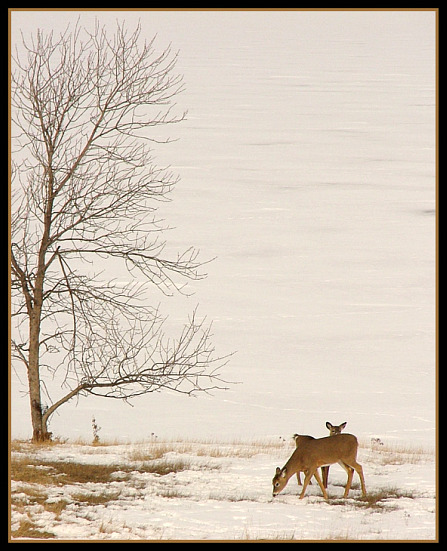 This of course is not a scientific study. It is just from daily living inside an industrial wind farm and the effect the wind farm has had on wildlife on our property and others in the Town Of Byron area, here in Fond du Lac County, WI.

We used to see 16 to 20 turkeys, if not every day, then every few days before construction of the industrial wind turbines began. Now that construction has been completed and since March 3rd of 2008, we have seen only one turkey.

The same goes for deer. We used to see on a regular basis a deer or two down our lane behind the house or in one of our two gardens. We have 6+ acres of land with over 3 acres in heavy pine trees and an acre of wild flowers. That is pretty good habitat for deer. We have not seen a deer or deer tracks on our property since construction began.

Our neighbor, Dave C, across the road, bought 40 acres when our neighbor discontinued farming. Part of that land has woods on it. Dave’s father many years ago built a hunting stand on a corner of the woods in a tree and shot many deer from it. I later used that same stand, and now Dave hunts from that very same tree. This year he saw no deer from that hunting stand. The only thing he saw was shadow flicker from industrial wind turbines and the annoying sound from those same turbines.

Another neighbor, Greg B, whom I have known since a child, has a 19-acre woods between turbines 6 and 7. He used to feed the deer from his backyard deck. Since construction of the wind turbines began, he has not seen any deer except on opening day of deer hunting in November 2008. Three deer were being chased and they ran through his yard.

At a town hall meeting today (1-31-09) with State Senator Joe Liebham, with about 80 people in attendance, I mentioned this (not seeing wildlife), and I heard many “yeses” and agreeing head nods.

I feel this is an important fact to know, and it should be publicized.